A report into non-gaming revenues on the across the Google Play Store and Apple App Store has shown a significant increase in 2016 in comparison to 2015. Streaming media services like Netflix and Spotify are largely the culprit for the meteoric rise in the Apple App Store and seen as contributing heavily to the higher amount of revenue. 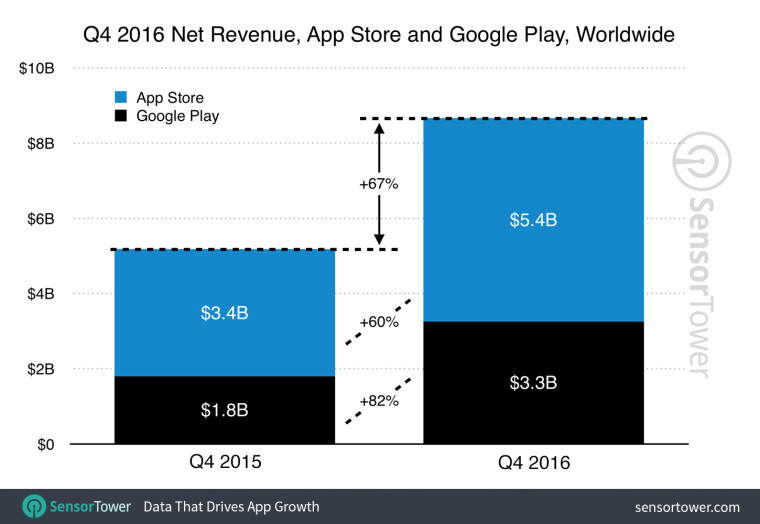 Spotify brought in the highest amount of non-gaming revenue across both platforms across the whole of 2016 and also took the top spot in overall revenue rankings. LINE followed closely after Spotify which was closely followed by Netflix. Interestingly, Tinder took the fourth spot. 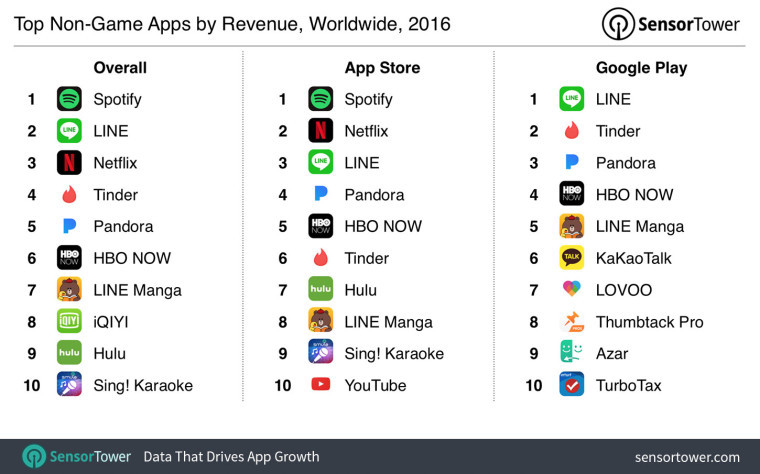 You can read a more detailed version of the report on Sensor Tower's blog here.