The Windows 8 Consumer Preview has been downloaded over a million times already, as users scramble to get the new OS onto their current systems, but we’re still many months away from being able to buy the new generation of devices designed for Windows 8. One manufacturer that is expected to launch a Windows 8 tablet is Asus, and while it’s no surprise to learn that a big PC builder will be making systems with Win 8 on board, comments made by the company’s global head of handheld devices, Benson Lin, imply that Asus may be working somewhat more closely with Microsoft on their new tablet. 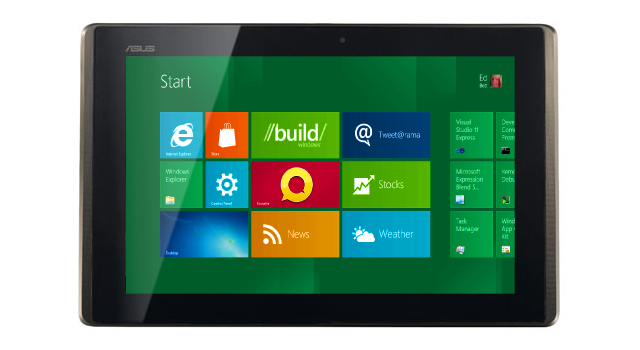 Speaking with Pocket-lint at MWC, Lin said: “We are very, very, very close and work hard with Microsoft.” When pressed for specifics on the company’s Windows 8 tablet, Lin’s response was cryptic, to say the least: “If you are Microsoft, which partner will you select? It is very simple.”

Not exactly a straightforward answer – but reading between the lines, one might conclude that Lin's allusion to a select 'partnership' hints at a direct collaboration with Microsoft for the new Asus tablet, rather than just building a system with Microsoft’s OS on it. MS worked closely with Samsung on the ‘Developer Preview Tablet' (a variant of Samsung's Series 7 Slate) that was handed out to devs at BUILD last year, so this kind of collaboration would not be entirely without precedent.

Reinforcing the ‘closeness’ of the partnership, Lin offered a little insider knowledge about Microsoft’s CEO: “Steve Ballmer only uses the Asus Ultrabook. I just came from meeting Microsoft last week, and they told me Ballmer only uses our Zenbook.”

Great. That’s that mystery solved then.