ASUS raised quite a few eyebrows last week when it launched its Zenfone 2 in China, featuring some pretty impressive specs. But what was most remarkable about the device was how much - or rather how little - money the company was asking for it.

It wasn't entirely clear if the device might be sold outside of China, but ASUS has now confirmed that it will go on sale in Europe later today, launching first in France, with other markets to follow later. 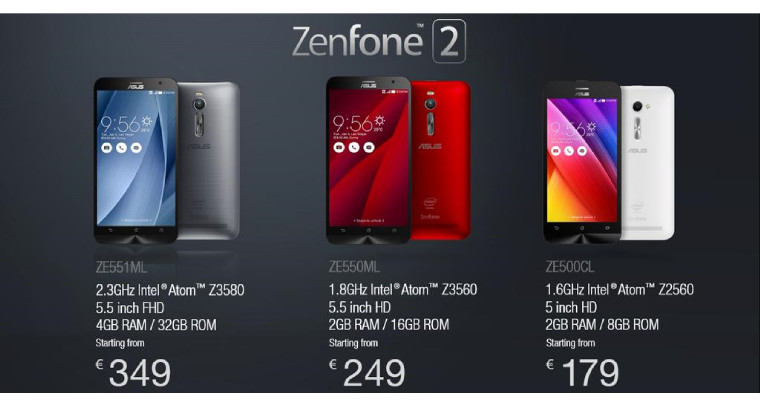 As in China, three versions of the handset will be offered in Europe, all featuring some pretty decent specs for their price tags. All three models will run Android 5.0 Lollipop out of the box, with prices starting at €179 EUR for the entry-level handset. 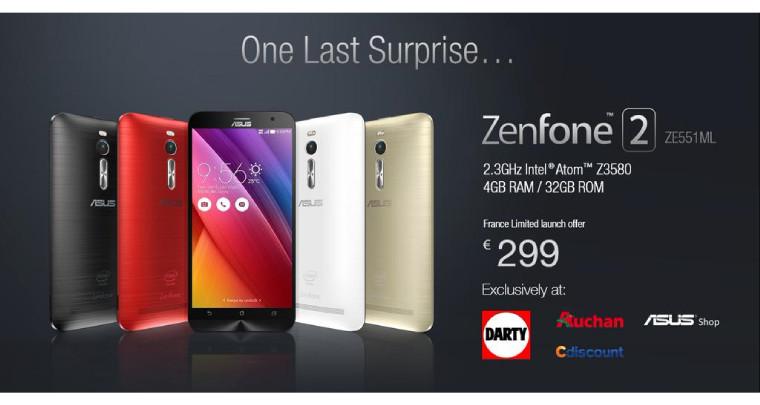 The range-topper is the Zenfone 2 ZE551ML, which features a 64-bit quad-core 2.3GHz Intel Atom Z3580 processor and a stunning 4GB of RAM, along with 32GB onboard storage and a 5.5-inch 1080p display. Its regular price will be €349, but ASUS France will be offering the device for just €299 in a limited-time launch promotion.