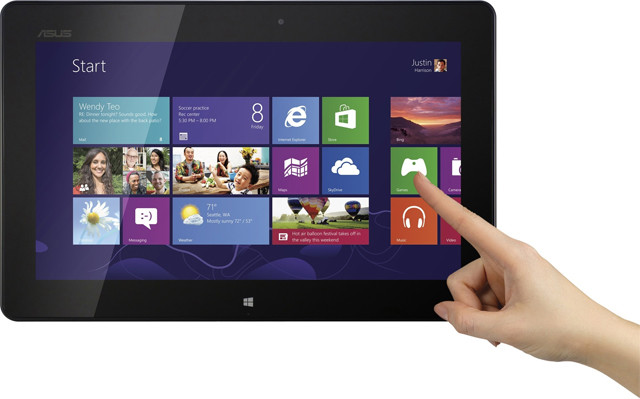 Windows RT represents Microsoft's first effort to put the full Windows operating system on ARM chips, but so far the response has been lukewarm at best. Several manufacturers have said they'll avoid the operating system for now, and Asus has now reiterated its plans to scale back Windows RT products in favor of Windows 8.

Speaking to AllThingsD, the company's chairman said Asus hasn't seen the response it expected from Windows RT devices such as its VivoTab RT. Part of that is because users still enjoy traditional desktop apps, he said, which aren't available on Windows RT.

"The result is not very promising," Jonney Shih said, noting his company won't rule out Windows RT products in the future, though it will focus on Intel-powered devices running Windows 8.

Shih added that Asus is evaluating its options in terms of tablet sizes, noting that he prefers 10-inch tablets instead of smaller form factors, though he said that was merely his personal opinion. Additionally, Shih said the fact that applications to bring back the traditional start menu to Windows 8 are very popular is an example of a mistake Microsoft made when developing the newest versions of Windows.

The comments come in the wake of plummeting retail pricing for Windows RT devices, including the VivoTab RT, which was available for $377 in April after launching alongside Windows RT on Oct. 26 for $599.

Executives from other companies have called Windows RT "confusing" when compared to Windows 8 and said the operating system has "no value" to consumers. Many companies have abandoned plans for Windows RT devices, though Microsoft has continued promoting current devices with television commercials.