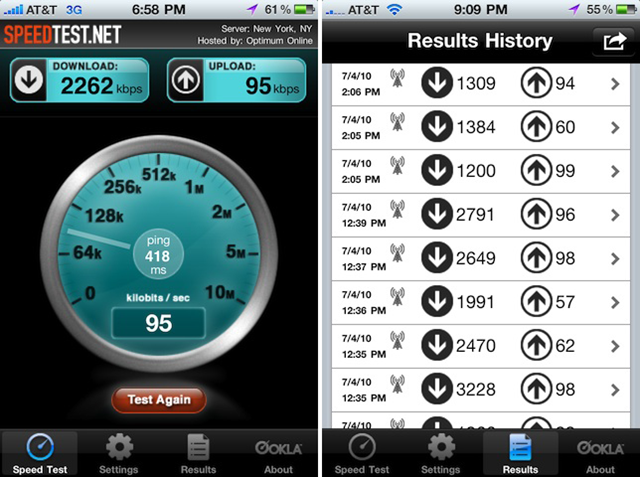 The identified equipment, which isn't present in all markets, was falling back to non-HSUPA upload speeds “under certain conditions” says an AT&T spokesperson. The company claims that this only affected “less than two percent” of its users and only in certain areas.

AT&T says they are currently working on a software fix for the slow upload speeds in their reply to the slow speeds,
”AT&T and Alcatel-Lucent jointly identified a software defect -- triggered under certain conditions - that impacted uplink performance for Laptop Connect and smartphone customers using 3G HSUPA-capable wireless devices in markets with Alcatel-Lucent equipment. This impacts less than two percent of our wireless customer base. While Alcatel-Lucent develops the appropriate software fix, we are providing normal 3G uplink speeds and consistent performance for affected customers with HSUPA-capable devices.”