The technical community at large will remember when HP bought Palm and decided that webOS was the way forward for their products, proclaiming that they’d use it to drive anything from phones to printers and possibly even desktop PCs one day. That ultimately never happened and HP changed its strategy with webOS, stating it would go open source in December 2011. 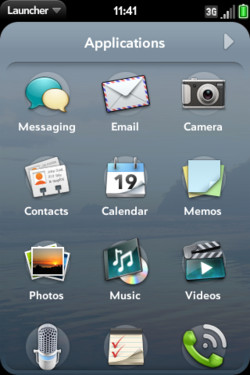 Well, it seems that there may be life in the old dog yet, with LG acquiring the OS with the intent to use it in, of all things, TVs. There had been rumours Amazon were in the running to take the OS off HP’s books, but ultimately it never happened.

While not impossible, it’s a surprise to read that LG aren’t planning to move deeper into the mobile space by developing the OS for their range of smartphones. We can only speculate, but it might have something to do with Android, the more recent Nexus 4 and not wanting to ruffle Google’s feathers. Look what happened with Acer!

With Android, iOS and Windows Phone dominating the mobile market, the recently introduced OS 10 from BlackBerry and OS’ from Mozilla and Ubuntu that look to be coming to mobile devices, the future is rosy for the manufacturers and the consumer.

But will it be too little, too late for webOS, or can it capture the imaginations of the consumer like it has the enthusiast community? Only time will tell.