At Mobile World Congress in Barcelona today, Nokia announced two new additions to its Windows Phone 8 line-up. The Lumia 720 is "designed for non-LTE markets", bringing premium features to buyers who can only afford mid-range devices; while the Lumia 520 is Nokia's most affordable Windows Phone 8 handset so far, and will go on sale in various markets across the world, including Hong Kong, Italy, the United Kingdom and in the US, where it will be offered on T-Mobile.

Neither device is intended to be a range-topper; quite the contrary, these budget-friendly devices are intended to broaden the appeal of Nokia's Windows Phones by making them more accessible to those who can't afford flagship handsets and who, so far, have largely gravitated towards the torrent of cheap Android handsets that have flooded the market over the last few years.

But does cheap have to be cheerless? Does buying a lower-end device condemn you to a thoroughly mediocre smartphone experience?

Nokia's head of design, Marko Ahtisaari, said at today's launch that the new entry-level 520, with its "pillow-like design" and colourful exchangeable shells, was created to be "fun and affordable" for those who value the ability to personalise their handset. "Value" is the key word here - Nokia is evidently hoping that a premium smartphone experience in a device that carries a pretty modest price tag will create an irresistible package for buyers seeking a smartphone on a budget. 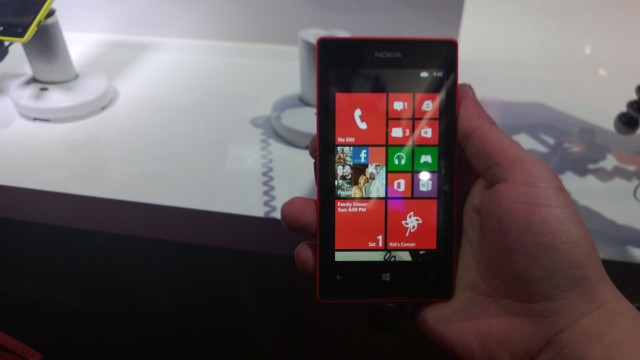 The first impressions that the 520 creates are overwhelmingly positive.

While not especially thin, it feels far lighter than the 124g that it actually weighs, and the soft matte colourful shells exude a premium feel that can rarely be found at such a price – the 520 will have a manufacturer’s retail price of €139 EUR (around $183 USD), but carriers and retailers will likely sell it for even less.

Navigating through the Windows Phone 8 operating system was every bit as slick as on Nokia’s more premium Lumia devices, such as the 920 and 820. The WVGA (800x480px) display wasn’t mindblowing in terms of quality, but it offers the same ‘super-sensitivity’ feature that debuted on its much more expensive brothers, meaning that you can tap the screen while wearing gloves, for example, which worked capably in practice.

None of the 520s that I played with were loaded with many apps, and it will be interesting to see how performance holds up when the handset is crammed full of software simultaneously running lots of background tasks, but at first glance, it seems nippy enough. 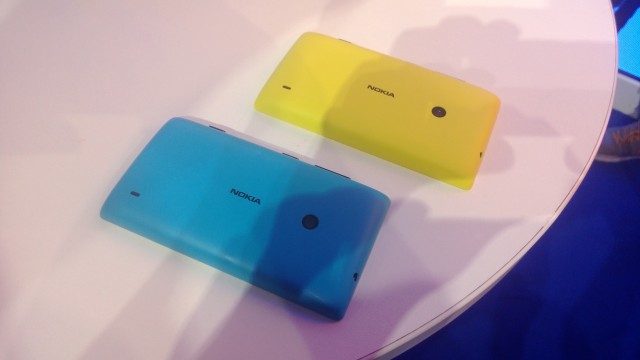 The camera produced some very decent shots as well – certainly far better than many devices at this price range. We’ll have to wait until we can properly review the handset to give proper judgement on this though.

For now though, the 520 has left a strong first impression with me. It certainly feels a lot more expensive than it is, and Nokia’s various apps – such as Nokia Music, for free and ad-free music streaming, City Lens and Here location services – certainly add value to the package. In its price range, the Lumia 520 seems to offer a very compelling proposition.

At €249 (around $330), the 720 isn’t an entry-level handset, but it’s not quite a range-topper either. Designed specifically for less mature markets, and particularly those that haven’t seen significant (or any) deployment of 4G LTE services, this is another handset that offers features far beyond its price tag. 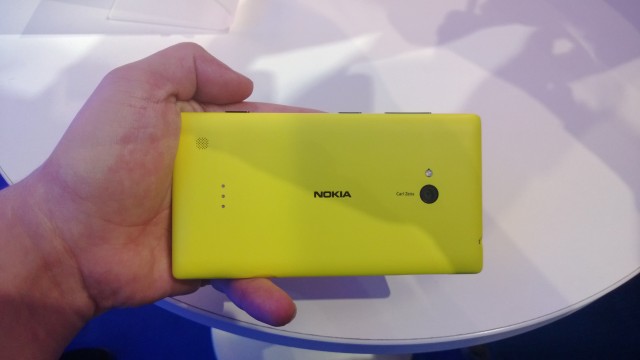 Like the cheaper Lumia 520, this is a device that wants to be touched; it feels lovely in your hand. It’s slightly thinner than the 520, and weighs very slightly more at 128g but it’s still significantly lighter than the higher end devices in Nokia’s Windows Phone 8 range. 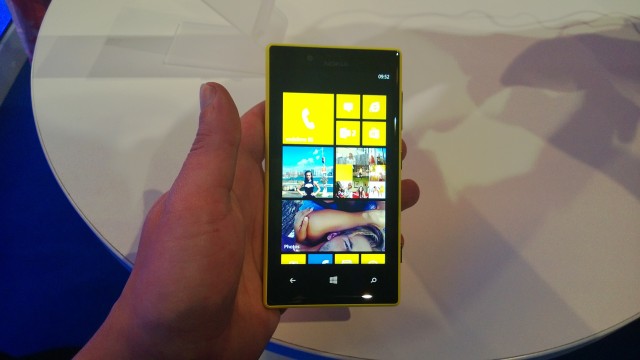 The curved glass on the 4.3-inch display makes the screen look great, even in spite of its modest WVGA resolution. It even has Corning Gorilla Glass 2, something that, in my recent review, I berated Nokia for excluding from the higher-end Lumia 820. Performance while navigating through the OS was snappy and responsive as you would expect from a Windows Phone 8 handset, and as with the 520, it has a super-sensitive display that allows you to interact with it while using gloves. 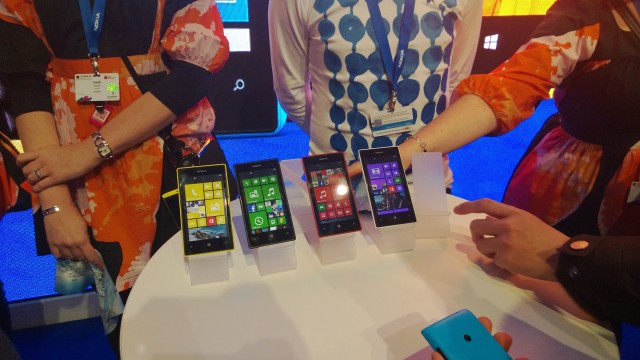 NFC is another very welcome feature on such an affordable device; I used the tap-to-send feature to send a photo to my Lumia 920, and it worked flawlessly.

The picture that I took (below) with the 720’s 6.7MP rear camera turned out okay; I specifically wanted to take a quick point-and-shoot snap, so I made no effort to line up the shot perfectly or adjust settings. The results are decent, though not mind-blowing. Clearly, though, a much more thorough test of the camera will be needed in a full review. 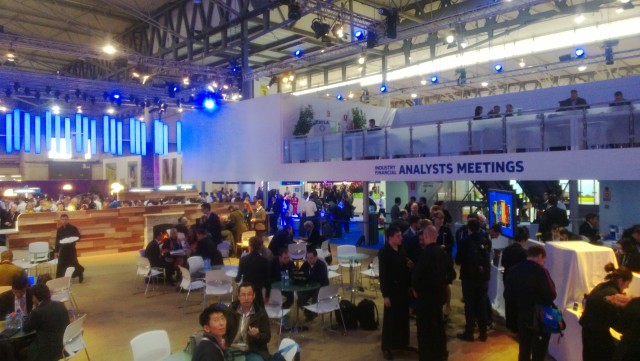 Make no mistake though; this device feels a lot more premium than its price tag suggests, and on the face of it, makes the Lumia 820 look like an expensive indulgence. The 720 has many of the same features in a much lighter package. But even after having had only a few minutes to play with the 720, I’d pick it over the 820 without hesitation.

We’ll be looking forward to reviewing these devices in the weeks ahead, but it’s safe to say that Nokia has launched two very capable and very attractive devices today. But the big question – and one that no hands-on preview or full review can answer – remains: will end users want to buy them?