Each of the 13 markets that will participate in the Xbox One launch on November 22nd will have their own catalog of streaming video apps. That includes the U.K., which will see 12 apps released between the launch and spring 2014. 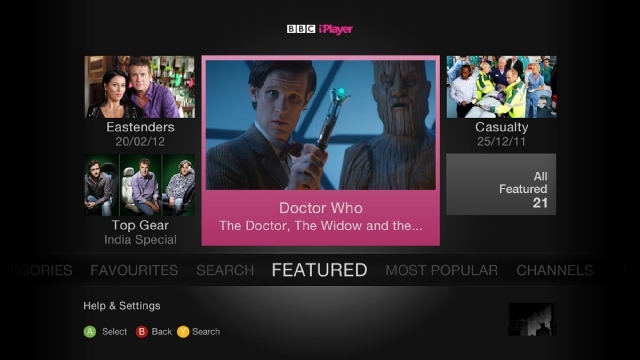 One app that was missing from the list was BBC iPlayer, which has been available for U.K. owners of the Xbox 360 console to download since March 2012. Digital Spy quotes a statement from the BBC saying: "While we are working to bring BBC iPlayer to Xbox One in the future, we have no further details to share at this time."

Here's the full list of apps that Microsoft has confirmed will be coming to the Xbox One for the U.K. market in the next few months:

Another notable UK streaming app that is not on the Xbox One list is Sky, which is currently available for Xbox 360 owners. Microsoft is still finalizing which apps will actually be ready for the November 22nd launch date and is so far not allowing people who get the Xbox One early to sign onto the Xbox Live service.