Mobile coverage is a major issue for any consumer. Of course, the concerns of any phone buyer these days tend to veer first towards which handset to buy, and how much your calls and data usage will cost – but with the explosion of smartphone usage in recent years, ensuring that you can get the network coverage where and when you need it most is becoming increasingly important.

Network operators offer their own coverage maps and statistics, but with carriers increasingly claiming near-100% coverage, the usefulness of these data is questionable at best. Recognising the absence of any reliable independent survey on network coverage, the BBC has joined forces with network intelligence specialists Epitiro, to launch the first truly independent in-depth analysis of mobile network coverage in the UK.

Using a special app designed by Epitiro, the survey will chart 2G and 3G service availability across the United Kingdom, collecting anonymised data through the app over the course of a month, which will be used to build an interactive map showing signal coverage throughout the country. Users will be able to see not only the strength of signal coverage, but also how their specific operator performs locally and nationally.

The UK’s telecommunications regulator, Ofcom, recently conducted a more generalised nationwide test of mobile data speeds in conjunction with Epitiro, which showed that even the fastest 3G speeds in the UK failed to exceed around 3.6Mb/s on average, with the Orange network struggling to exceed speeds of between 1 and 1.5Mb/s.

To be part of the BBC’s mobile survey, you’ll need an Android handset; you can download the app from the Android Market (download via QR code below), and the app will do the rest. Find out more about the survey at BBC News. 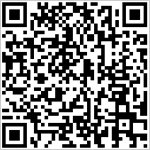