Microsoft continues to port its Bing series of Windows 8 apps to Windows Phone 8. After previously releasing beta versions of the Travel and Food & Drink apps, the company has quietely made available the beta version of the Bing Health and Fitness app for its mobile OS. 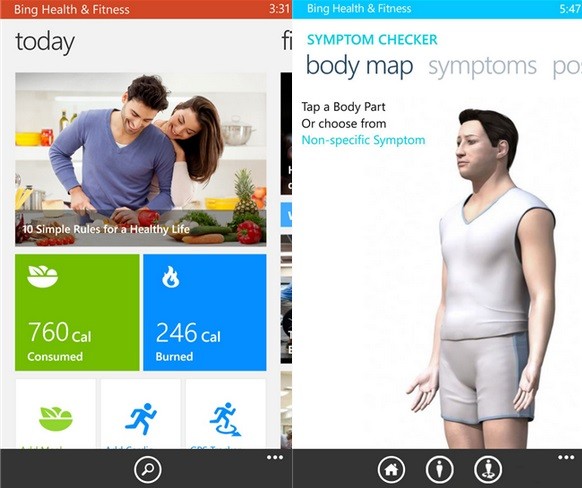 Choose from hundreds of workouts and exercises with step-by-step instructions, photos and video. Use the GPS tracker to record your time, distance, pace and calories burned while you walk, run, bike and do other activities.