Microsoft said on Thursday that it is updating Bing with several new UI enhancements and newly announced Foursquare integration.

Bing has made several refinements to the user interface (UI). Microsoft has added a new "Bing Box" which includes real-time data and has added quick tabs to the top of seach query results. The enhancements will be rolled out gradually over the coming weeks although Microsoft says around 5% of U.S. visitors will see the improvements today. Mary Jo Foley says the enhancements may or may not come to International Bing variants. 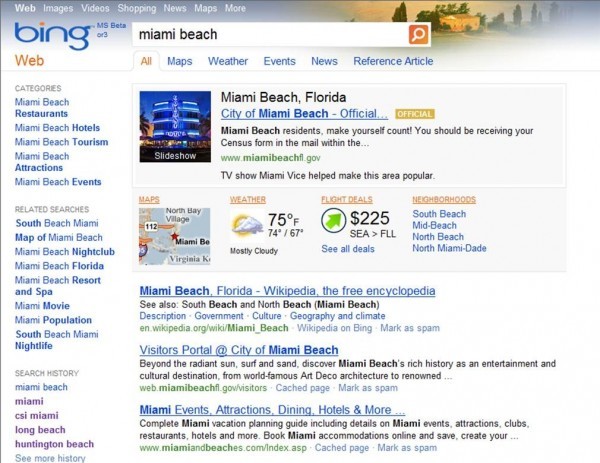 Microsoft has also introduced a new map application, which brings real time data from foursquare into the Silverlight maps experience. Foursquare is a location based social networking service that allows users to "check-in" at venues. Users are then awarded badges, points and mayorship of locations.  The foursquare map app combines Bing Maps with foursquare’s user reputation service. Users will be able to see who has unlocked badges and who is mayor of certain locations. The social networking aspects of foursquare allow Bing to bring in rich data of what tips people are creating about certain locations. "It's like an interactive day planner, designed to help find the best things to do in that area. And if you have questions, you can always contact users through foursquare to get the inside scoop," said  Bing's Todd Schwartz. 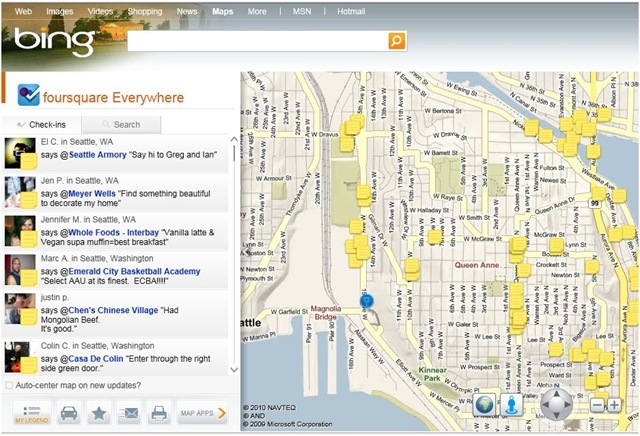