In a leak dating back to June of last year, we came to know of Intel's upcoming desktop socket LGA1700, which will go along with the next-gen Alder Lake-S CPUs. At the time, we noted the presence of an Alder Lake-P variant but the "-P" extension was, and still is, something new. Today, a mobile Intel CPU with the Alder Lake-P moniker has made an appearance on Geekbench and a Twitter user aptly named 'Benchleaks' has managed to find it.

The unknown Alder Lake-P processor spotted on Geekbench 5.3.1 appears to be a 14-core, 20-thread model and in its current state, the apparent 96 execution units of the integrated graphics on the chip have scored 13,446 points in the benchmark's OpenCL test. 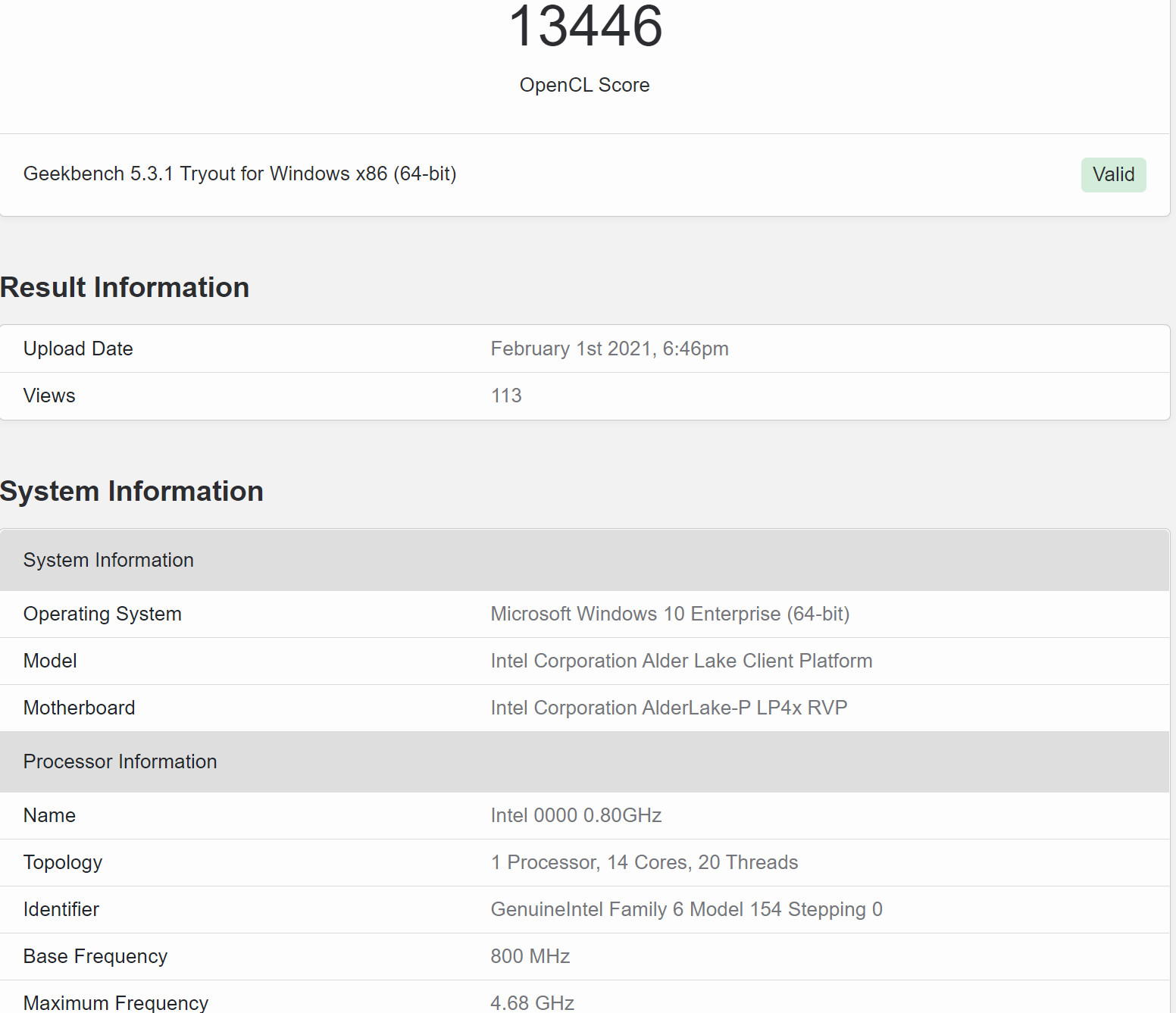 Although at first glance, a 14-core, 20-thread CPU will surely raise some eyebrows, the existence of such a chip was alleged back in October last year by Notebookcheck, who stated that Intel's Alder Lake-P will be based on the company's hybrid Big-Bigger CPU technology with six bigger Golden Cove cores and eight big Gracemont cores, where only the bigger Golden Cove cores will have hyperthreading (or SMT) enabled. And judging by today's leak, that report could indeed be true.