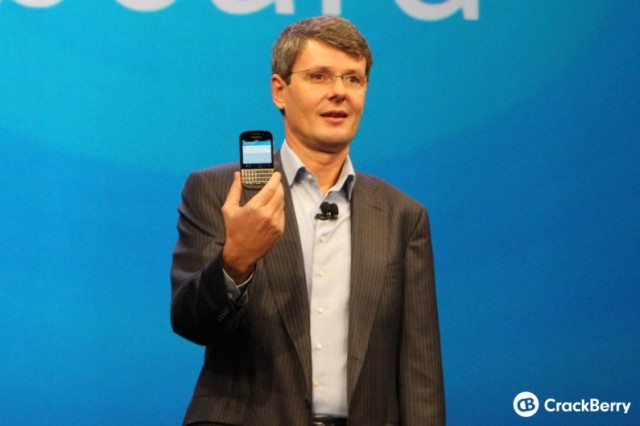 BlackBerry is once again in the news, this time informing Reuters that the company would not be too averse to turning private.

An anonymous source told the news organization that the company's board of directors were beginning to entertain the idea that the company might be better off privatized and taking its workings out of the public eye in a manner like Dell plans to. The focus on its failing share price may have been a catalyst to this as several news organisations reported on this especially after the Q2 financial results announcements.

The Board may have felt that they were a distraction, and as such may have discussed retreating from the market in order to focus on new product launches and marketing. This would theoretically give the troubled company more leeway in what it can or cannot do.

However, as of now the move to being a privately owned company as opposed to being a publicly traded one is still not concrete for a variety of reasons. For one, the company has not displayed any definite intentions of being bought out as of this moment and the current low share price and lack of profits may deter any interested buyers.

Previously known as RIM, the former technology giant has not been able to rebound from market share losses due to Android, iOS and Windows Phone. Its one year hiatus to develop its current modern software (BlackBerry 10) did not help matters as the company continued to hemorrhage both market share and mindshare. To make matters worse, the company did not exactly set the smartphone world on fire upon the release of BB 10 with most retailers reporting mediocre sales.

On the flipside however, the company has seen a breakthrough of sorts as it's BlackBerry 10 phones and PlayBook tablet were approved for use by the Pentagon and endorsed as a mobile computing platform which "offers a rich, highly responsive mobile computing experience, along with BlackBerry’s proven and validated security model".

Small victories aside, such a drastic change might allow the company to remain relevant for a while till its next product releases. However, it is likely that in the event of another product flop, the company may perform another drastic reorganization as well as an evaluation of corporate strategies. If that happens, talks of privatisation might go from an "if" to a "when".