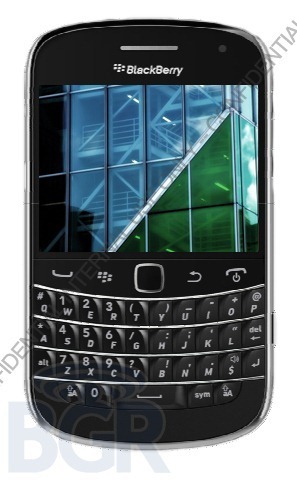 If you're a BlackBerry fan, this is the news you've been waiting for. BGR.com managed to get pictures and specs of the BlackBerry Dakota, which features a number of impressive features, for RiM anyways.

The Dakota will have a capacitive touchscreen, be able to record HD video, have 3G hotspot capabilities, and come running Blackberry OS 6.1 out of the box. This will be the first time Research in Motion has launched a touchscreen phone with HD video recording. The BlackBerry Torch launched last year with touchscreen, but didn't come with an HD video recorder.

It appears RiM is finally changing their designs, just slightly. The Bold-style BlackBerry seems to have a smooth face, with a black and white keys. The BlackBerry key, return and call buttons all appear to be flat, rather than 4 separate button, like other Bold devices.

BGR also managed to get a list of specs for the device: