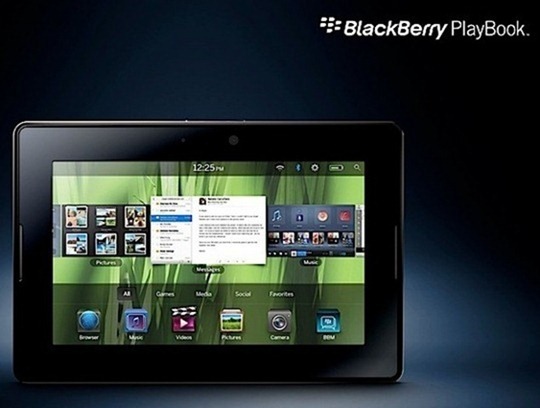 The Blackberry Playbook continues to be a drain on Research in Motion's resources. The seven inch tablet has been a sales failure since it was first launched in the spring of 2011. RIM has since tried to sell off the tablets via temporary sales. During the holiday season the price for a Playbook Tablet was just $199 for the cheapest model. In January RIM changed its strategy and priced all of its Playbooks $299 no matter what the hard drive storage number war.

Now RIM is changing this up once again with a new sale that will last until at least February 11. The Blackberry online store has the Playbook's 16 GB version priced down once again to $199.  The 32 GB version is now down to $249 and the 64 GB version keeps its earlier $299 price tag.

Will this new change help the Playbook? At this stage, nothing will likely boost sales until RIM pulls an HP and cuts the price of the Playbook down to at least $99. Meanwhile we are still waiting for RIM to release the big Blackberry Playbook 2.0 software update that will add Android app support, among other new features. It's currently scheduled to be released later this month.