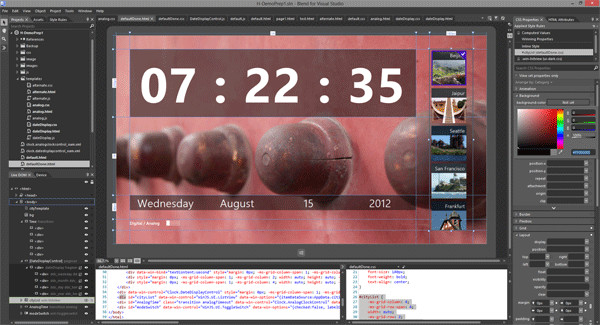 On Thursday, Microsoft announced that it was closing the books on its Expression family of software development tools. One of the products that was affected by this move was Expression Blend, which Microsoft said would be merged inside Visual Studio 2012.

Today, Microsoft changed its tune slightly, as it edited its original statement concerning the fate of Expression Blend. It now says: "Blend will continue to ship as a standalone tool with Visual Studio 2012, as part of a consolidated designer/developer offering." However, the statement still confirms the death of the Expression brand.

So while the Blend software will still technically still be around, it will only be offered as part of the Visual Studio 2012 package and it won't use the Expression brand anymore.

The only member of the Expression family that will continue to be sold as a stand alone product, at least for now, is Expression Encoder 4 Pro. However, Microsoft will only sell the software until the end of 2013. The company has already said they won't be developing any more versions of the product, as it will concentrate on its Windows Azure software for "encoding, format conversion, and live on-demand streaming."