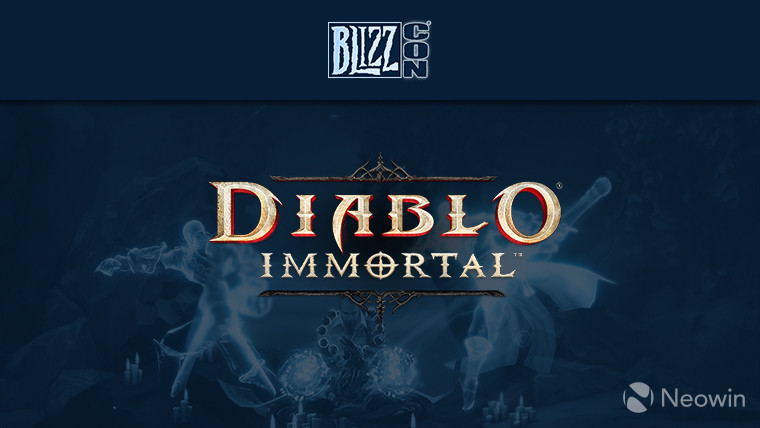 BlizzCon 2018 is underway in sunny Anaheim, California and for those not in attendance, Neowin has you covered with all of the news coming out of the convention today. While Blizzard has been known to make some amazing titles for PC, the firm is now ready to deliver its latest to mobile devices.

During the event, Blizzard announced that Diablo Immortal would be coming to iOS and Android. The title will be a Massively Multiplayer Online Action RPG (MMOARPG) and will feature a storyline that takes place some years after the destruction of the Worldstone, taking place in between Diablo II and Diablo III.

New and veteran players should find something to like in the game, as it will feature never before seen territories, dungeons, and more. Judging from what was shown, the graphics and cinematics also look quite stellar. Most importantly, Blizzard has focused its efforts on providing an excellent experience by building what it thinks are precise controls. Players will be able to choose from a wide variety of characters that includes the barbarian, monk, wizard, crusader, demon hunter, and even the necromancer.

There isn't a firm release date as of yet, but Blizzard is encouraging fans to pre-register for the game on Battle.net or the Apple App Store and Google's Play Store in order to receive news and updates about the game and to possibly be able to participate in upcoming beta tests. Players will also be able to earn "exclusive in-game rewards".