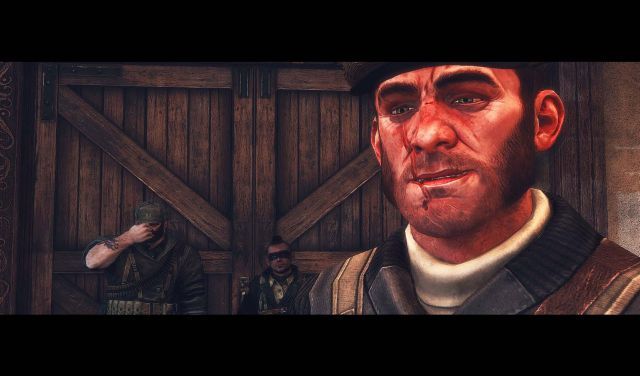 In June 2011 at E3, we got to see a live but hands-off demo of Brothers In Arms: Furious 4, the latest, and very different, game in the WWII-based shooter series from developer Gearbox Software and publisher Ubisoft. The game certainly looked very promising and Ubisoft was promoting a 2012 release date for the game.

Since E3 2011, neither Gearbox nor Ubisoft have commented on the status of Furious 4. There was a bit of a furor this week when the U.S. Patent and Trademark Office's website showed that the trademark had lapsed on the game. However, Kotaku reports that, according to a statement from Gearbox, the trademark filing was rejected because it listed, incorrectly, that it was co-owned by both Gearbox and Ubisoft when the Brothers in Arms franchise is owned completely by Gearbox.

Given the USPTO choice between abandonment or continued administrative confusion on the matter, we simply opted for administrative abandonment until re-filing becomes necessary. To avoid confusion with the USPTO, Gearbox will be filing its future Brothers in Arms-related trademarks directly and individually.

Having said that, neither Gearbox nor Ubisoft have offered any updates on Furious 4's development, including if it will still be released in 2012 and if it will be shown this June at E3 2012.

Gearbox still has two games in the works that are due out this year; Borderlands 2 for publisher 2K Games and Aliens: Colonial Marines for publisher Sega. It also lists an unnamed "mystery" project on its website.