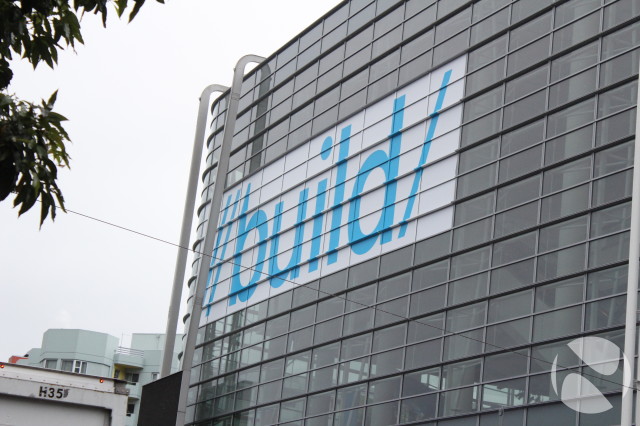 BUILD 2014 kicks off tomorrow at 8:30 A.M PDT and Neowin went over to the convention center and snapped a few photos of the setup for those of you who will not be able to attend. 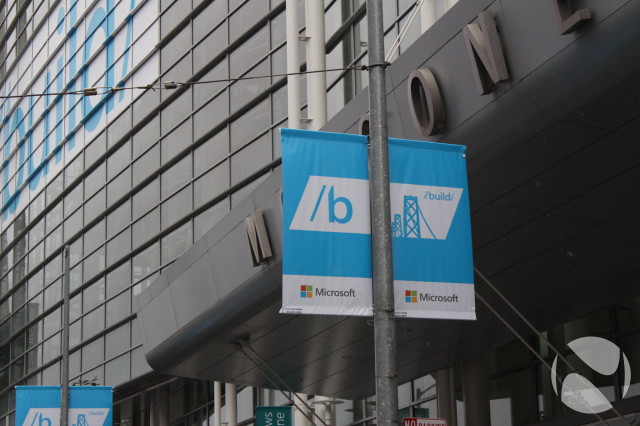 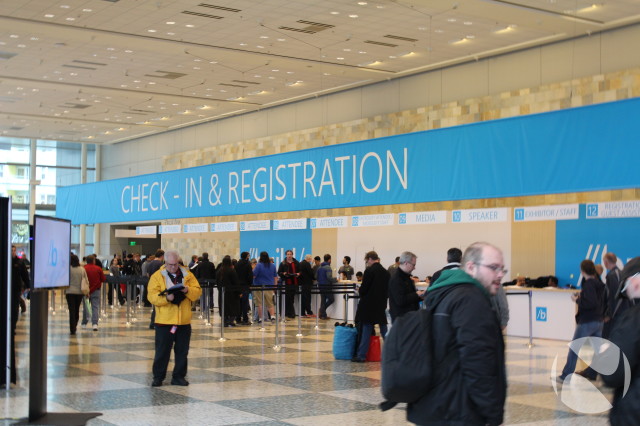 The registration lines moved very quickly, Microsoft has the badge registration process down to a science which made the process swift and painless. 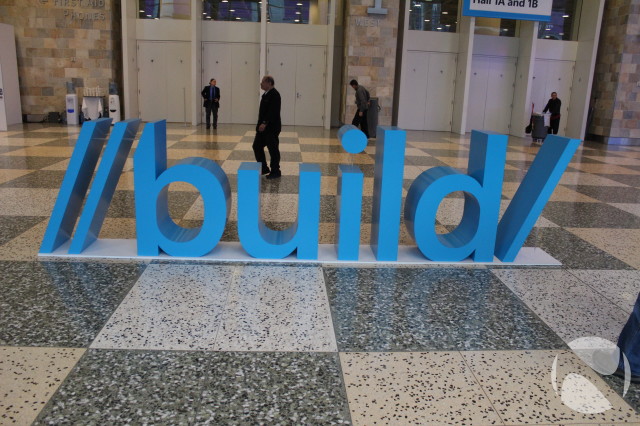 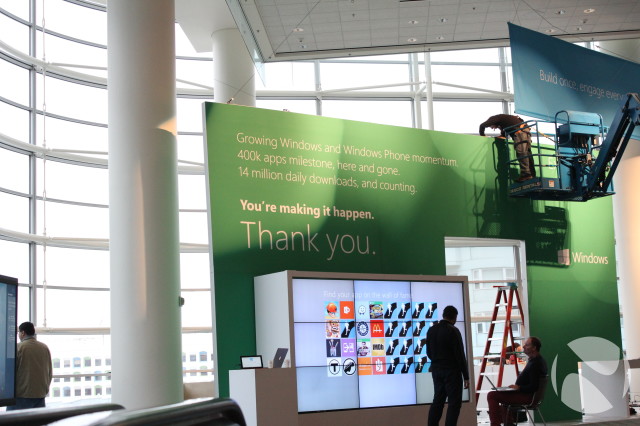 Take a close look at that sign, 14 million daily app downloads and over 400k apps when you combine both the stores app counts; not too shabby. 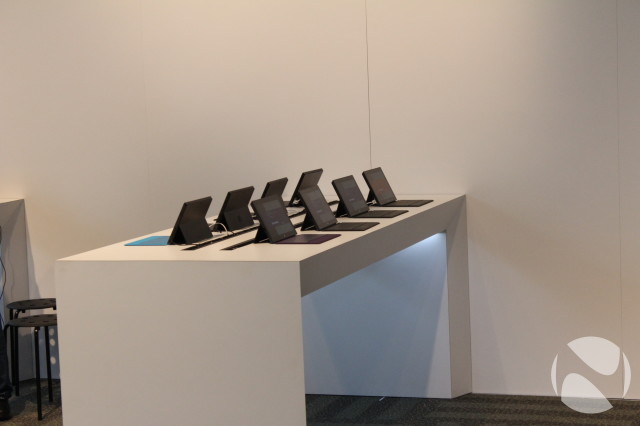 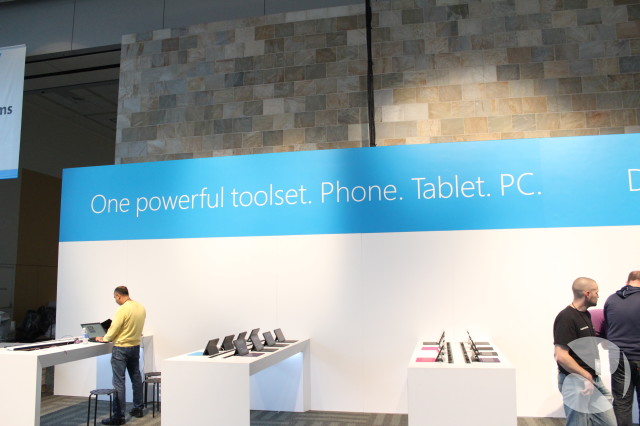 To no surprise, Surface tablets were all over the conference tables and kiosk setups contained Surface's connected to larger displays. We tried to see if there were any good bits loaded on to the devices but they were all locked, we expect that they will be unlocked after tomorrow's keynote. 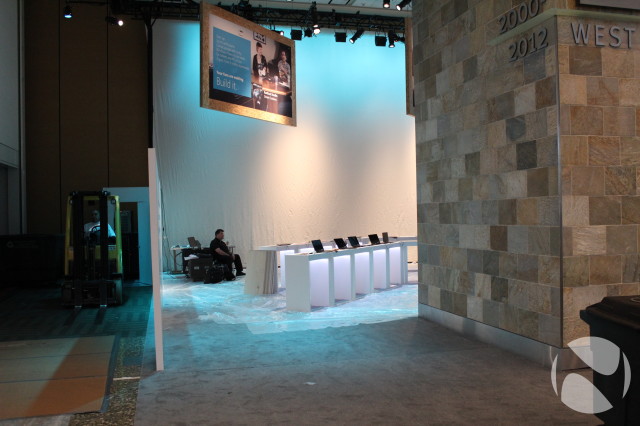 It was clear that the team setting up for the event had a lot of work to do as displays were still being assembled and signage needed to be hung. We suspect that there will be a long night ahead for some as they make the final preparations for the conference tomorrow. 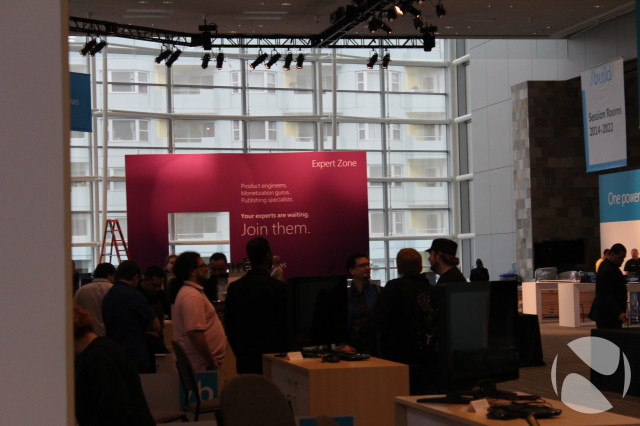 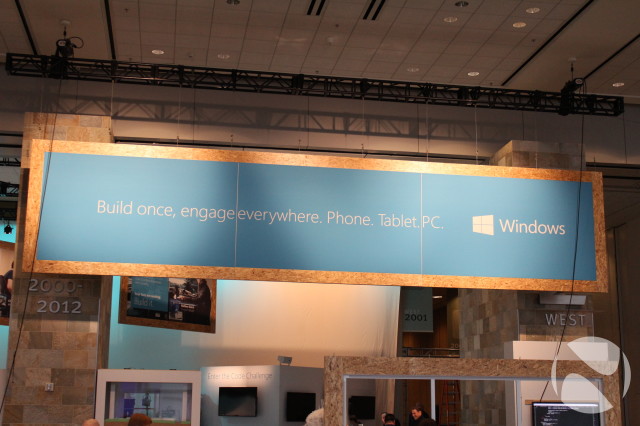 It looks like Microsoft is refining it’s tagline of code once, run everywhere to “Build once, engage everywhere” which reflects their new approach to putting their software on many different platforms. We are willing to bet that this theme will be quite prevalent in tomorrow's keynote as Satya Nadella takes the stage for his first BUILD keynote as CEO.

Make sure to check back tomorrow as we cover the keynote and bring lots more content from the conference directly to you.