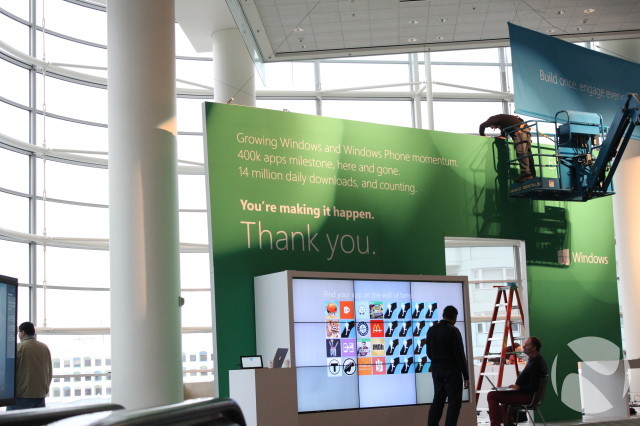 BUILD 2014 hasn't even started yet, but Microsoft is already setting up inside the Moscone Center in San Francisco for their big annual developer conference. Our Editor, Brad Sams, has already hit part of the event floor and is taking images of the signage and exhibits that are being put up before the opening of BUILD on Wednesday.

Microsoft will likely give some more stats on its two Windows app store fronts during BUILD 2014. Stay tuned as Brad will be reporting on the scene in San Francisco, starting tomorrow morning when the company will hold the first of two big keynote events. He will also be going to the Nokia press conference later that day to see what new Lumia devices will be revealed.