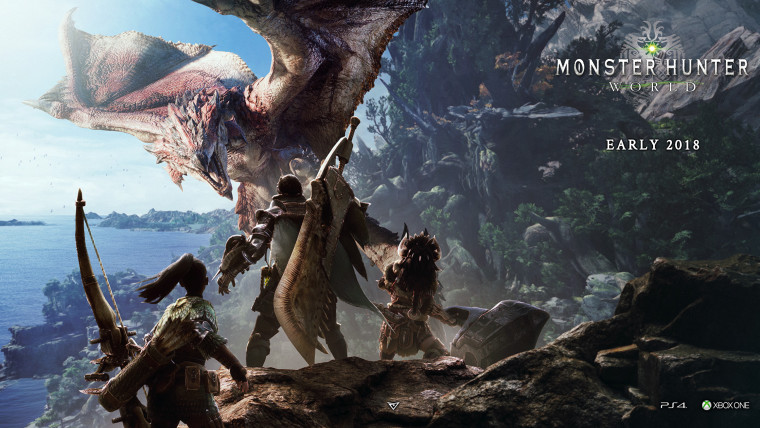 Monster Hunter: World made its debut at E3 2017 during Sony's PlayStation event. While the trailer at the time didn't give us much information, we would later find out that the new title will be an action RPG set in an open world environment.

As a hunter, you'll take on quests to hunt monsters in a variety of habitats.
Take down these monsters and receive materials that you can use to create stronger weapons and armor in order to hunt even more dangerous monsters.

While the premise from the game's website sounds fairly straight forward, the title is much different compared to its previous offerings, bringing new dynamics with its gorgeous and constantly evolving environments. Although you don't get to see much of this in the trailer, Capcom has now uploaded uncut gameplay from the Ancient Forest. This play through is identical to the experience that was shown to guests in attendance at Capcom's booth during E3.

Although this is only a small part of the world and things are still in development, it certainly shows off an exciting game that will be coming to both the PlayStation 4 and Xbox in 2018.