CES shows up at the same time every year and in the same place, but it's an incredibly diverse show. It brings in exhibitors from all around the world and every area of technology, allowing attendees to see what's coming.

As CES 2017 ended yesterday, and since Neowin was there, we thought it would be a good idea to write down some of the trends that we noticed.

The smart home is coming, and Alexa owns it

If there was one word that I kept hearing over and over again at different product launches at CES, it was "Alexa". Indeed, Amazon's digital assistant seems to be popping up everywhere.

Lenovo announced the Smart Assistant, which is similar to an Amazon Echo, and LG showed off some robots and a smart refrigerator that uses Alexa. Huawei is another of Amazon's partners, announcing the Mate 9, which will have Alexa support later this year. And of course, there were many others. 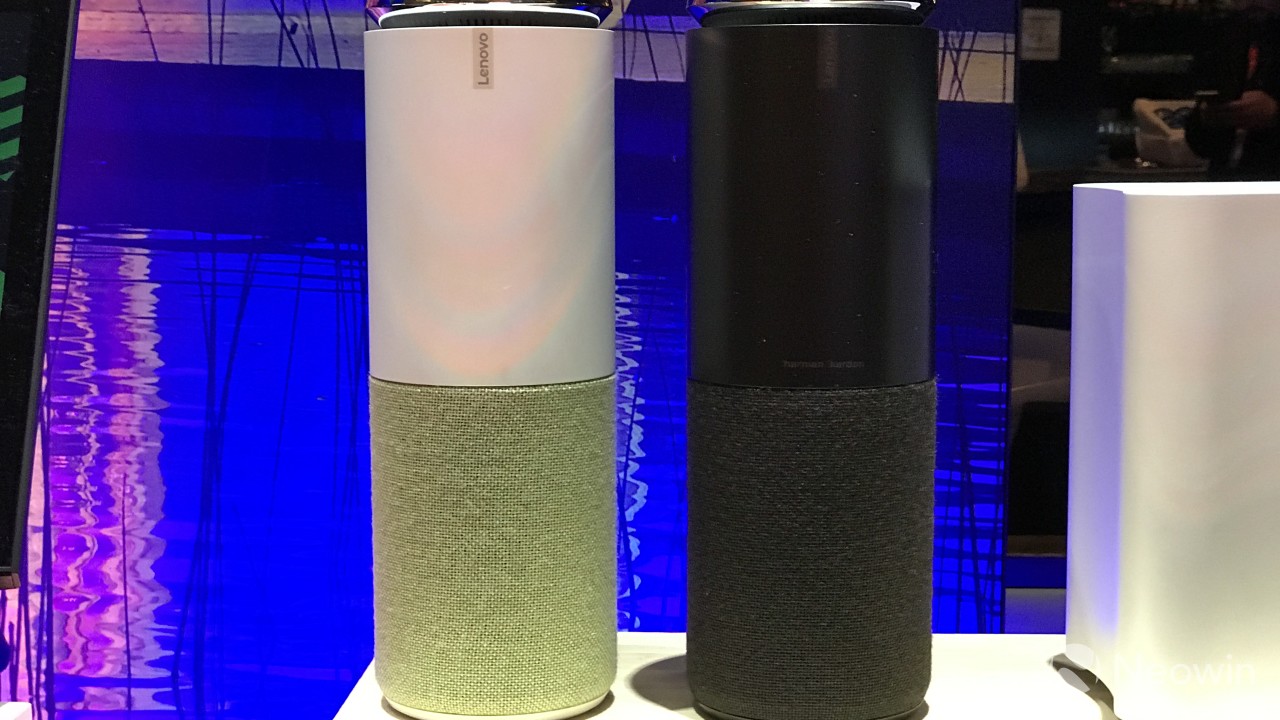 But perhaps the biggest trend - which has been running for a few years now - is to put a CPU and a Bluetooth radio in everything, and that's where the smart home comes in. While you're reading this, take a look at any inanimate object around you, and you can bet that there was a 'smart' version of it at CES.

But the smart home market right now is sort of a mess. Your Philips lightbulbs aren't aware of your Nest thermostat and so on, so it can be a bit frustrating to put your smart home together. There's simply no standard to build it on.

And that's sort of where Amazon's Alexa, Apple's Siri (HomeKit), and Google's Assistant (Home) come in. While each device probably has its own hub and its own app, you can interact with them through these voice assistants.

When it came down to the smart home devices that were out there (and they seemed to be everywhere), Alexa was one of the most commonly adopted standards. HomeKit was somewhat popular as well, but I didn't hear a peep about Google Home.

Indeed, for a digital assistant that grew up without a mobile platform like iOS or Android, Alexa is doing quite well, and it really stole the show at CES.

8K is around the corner

While we're still complaining about the lack of 4K content, 8K is most definitely coming. Dell announced a new UltraSharp 8K Monitor, and Samsung showed off some TVs that support the resolution. 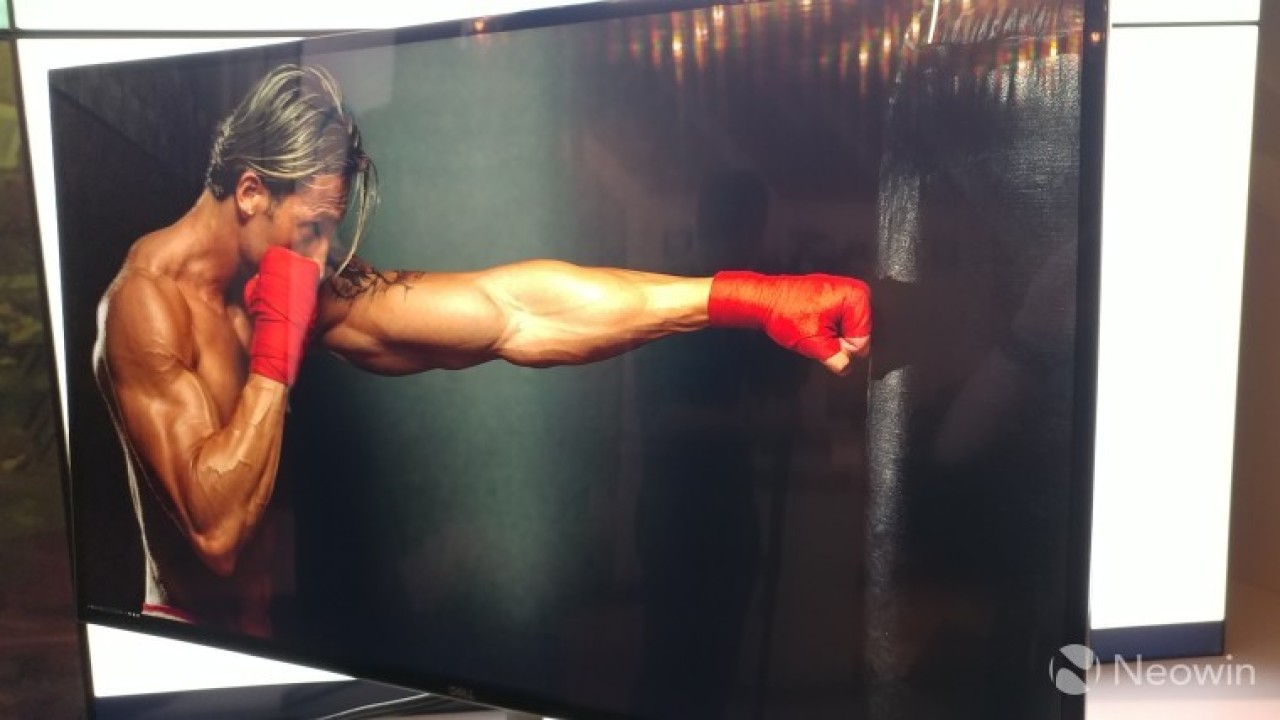 Dell's monitor is powered by two DisplayPort cables, and when I tried to ask the folks at Samsung how their TVs worked, I couldn't get an answer. Luckily, the HDMI Forum announced that its 2.1 spec is coming this year, and it will support up to 10K at 120fps.

So we can all look forward to soon complaining about the lack of 8K content and how most people don't even have the bandwidth to stream it, but the good news is that this means that the price of 4K will continue to drop. Will anyone actually benefit from an 8K screen? Well, I suppose that if you use a really big TV and sit absurdly close to it, yes.

I saw more than a few 8K displays and TVs at the show, and Dell's monitor was the only one I could find where the company could tell me when it was coming or how much it would cost. Most of them were prototypes.

VR is still big, but AR is on the horizon

Remember how 2016 was going to be the year of VR? Well, it's still not something that's widely adopted, but if CES is any indication, 2017 is totally the year of VR.

Microsoft showed off a number of headsets at its Partner Showcase, Intel had VR demos, and every PC OEM was announcing new gaming rigs that are VR-ready. Indeed, you certainly never had to walk very far to see someone in a head-mounted display (HMD).

What was surprisingly rare at the event was augmented reality (AR). It's been almost two years since Microsoft showed off its HoloLens, and similar devices are still hard to find.

But down in the South Hall of the Las Vegas Convention Center, there is a small section that's dedicated to AR. I tried out one device that uses a Snapdragon 835 and runs Android. When I asked why not Windows Holographic, I was told that Android was used for the app selection. 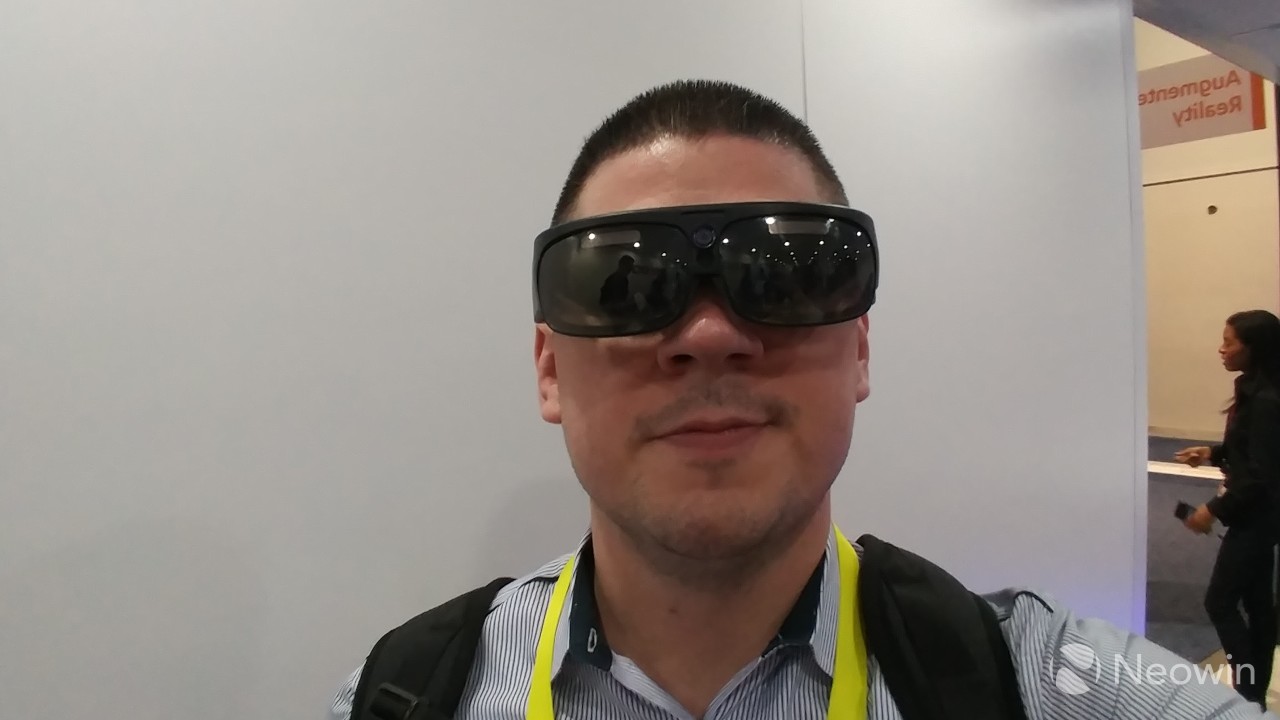 Other AR HMDs that I tried were more similar to Google Glass, and those used proprietary operating systems. One thing that seemed very clear is that the AR market is very fragmented right now, and everything seems very premature. These devices are just beginning to show up, and I wouldn't be surprised if the market really expands in the year ahead. 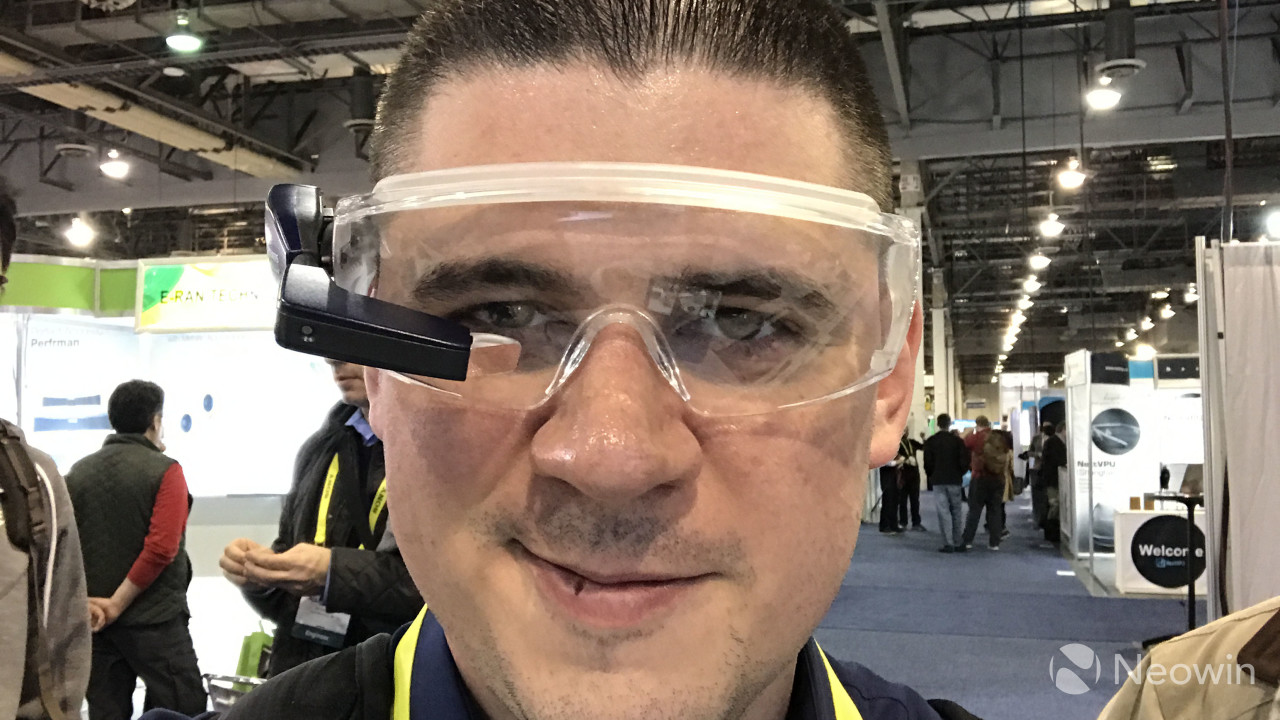 Do you remember how smartwatches are dead? That may or may not be the case, but wearables are still very strong. In fact, I saw dozens of booths that were showing off fitness trackers alone, all of which had their own differentiators.

One fitness tracker claimed to actually know when you're eating, another said it could count steps more accurately than anything else on the market, and yet another said that they're just like Fitbit, except the products sell for $15.

I also noticed quite a few hybrid smartwatches. These are the ones that look like standard analog watches, but provide additional functionality, such as vibrating when you get a notification, or moving the hands to certain numbers to indicate certain things. 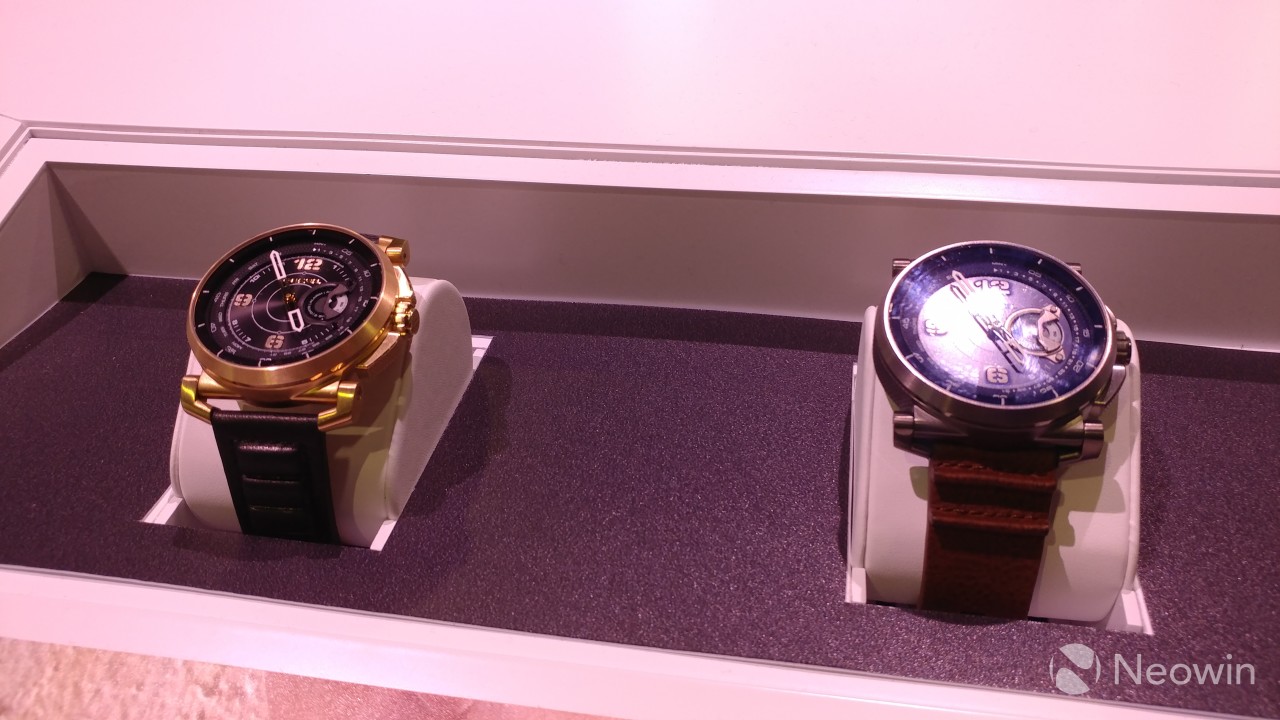 And that's just fitness bands. There were inserts for your shoes that can track how your feet are impacted when you walk or run, clothes that can track your movements, and even wearable sex toys.

It all comes down to the idea that I mentioned above, which is that these companies want to put a CPU and a Bluetooth radio in anything and everything. Moreover, these products can apply to your health, giving you a reason to buy them.

Don't expect the wearable trend to die down anytime soon, because it's everywhere.

In fairness, this isn't an entirely new trend, but it's definitely worth noting. Remember when Microsoft first introduced Surface and the 2-in-1 was born? Clearly, the company still isn't done redefining what it means to be a PC.

At CES, HP announced its second-generation Sprout Pro, which instead of a keyboard, uses a projected second display. It even has a 3D scanner, which is as simple to use as holding an object under it and rotating it.

Dell produced some innovative devices as well, such as its XPS 27, which is the company's take on Microsoft's Surface Studio. It also introduced the Canvas, which is a touchscreen display that sits flat where your keyboard would normally be. 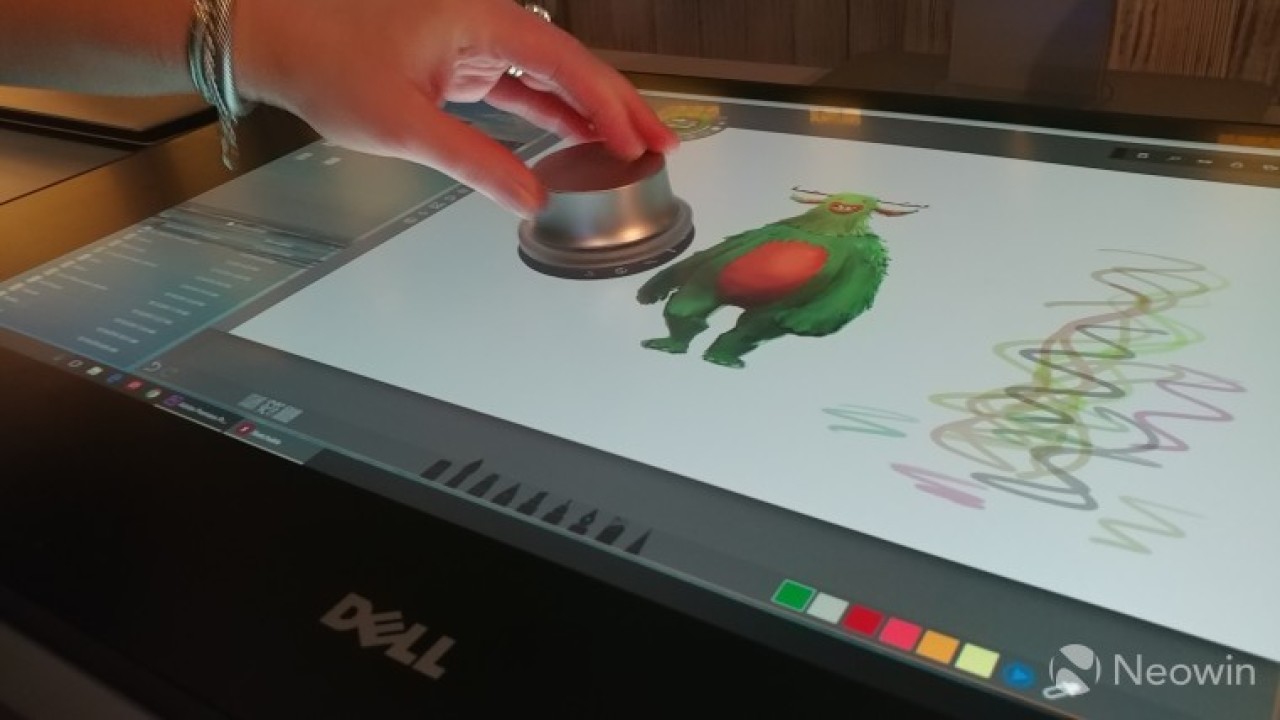 When hearing about these announcements and getting hands-on time with HP's and Dell's new devices, I really was reminded of when Surface was introduced. At the time, we had something new, and I thought that was it; Microsoft has reinvented the laptop. But with more and more new form factors coming out, one can't help but wonder what's next.

This was the first CES that I've been to, but it was really great to be able to see all of the exciting new stuff that the big companies are working on, as well as the smaller ones.

Amazon's Alexa definitely stole the show, and it really goes to show just how much work is cut out for Apple, Google, and Microsoft. Microsoft has its upcoming Home Hub, but it's already running behind.

8K devices will certainly be exciting, if only because it will normalize 4K a bit more than it already is. It has four times as many pixels as 4K does, which is about 33 million. It will raise all-new questions about bandwidth for streaming, content creation, and content availability.

And then there's VR. I knew that many companies have bold virtual reality ambitions, but it's clear that this is something in which everyone seems to want to take part. Of course, AR is harder to do, so it will take longer, but it's coming down the pipeline.

I wasn't surprised by the amount of wearables that I saw. I had heard the stories of CES shows gone by, where companies will make something that sounds as silly as smart underwear. I'm glad to see the market still thriving, as I do think it's important to the future of technology.

Oh, but if you want one more trend, here's a freebie. There are a lot of companies that think that their generic iPhone cases are good enough for people to want to see them at a massive show like CES.

Make sure to check out the rest of out coverage from CES!