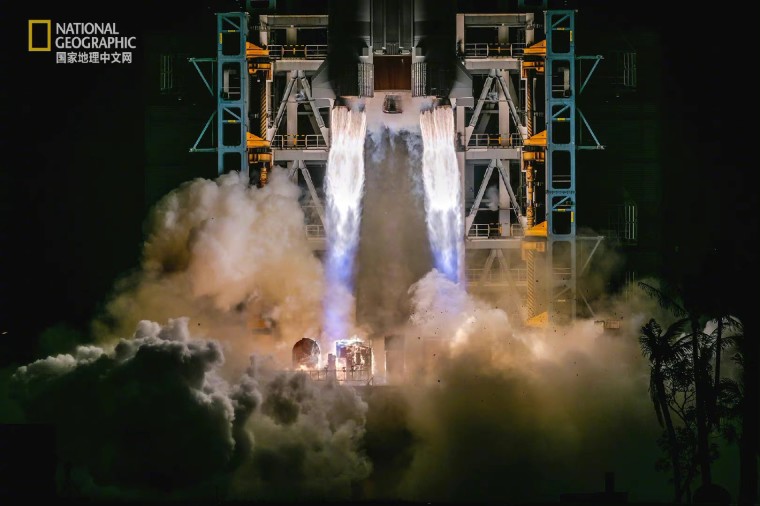 A core stage of a Chinese Long March rocket burned up over the Indian Ocean on Saturday. It has drawn strong criticism from NASA. China should better manage its single-use rockets, which turn into space debris and tumble down to earth, implied NASA.

China launched a rocket to resupply its Tiangong space station on July 24. The mission performed flawlessly. However, China does not use a reusable primary booster rocket. In other words, China’s first-stage propulsion system cannot make a powered and controlled descent back to earth.

China allegedly left the 21-ton Long March 5B booster on its own. In other words, there was no controlled trajectory for re-entry, and it seems no formal intimation was given to NASA as well. The Long March rocket’s orbit may have degraded naturally as it was pulled in by Earth’s gravity. That uncontrolled descent took place around 12.45 pm EDT Saturday, over the Indian Ocean near Malaysia, indicated the US Space Command.

#USSPACECOM can confirm the People’s Republic of China (PRC) Long March 5B (CZ-5B) re-entered over the Indian Ocean at approx 10:45 am MDT on 7/30. We refer you to the #PRC for further details on the reentry’s technical aspects such as potential debris dispersal+ impact location.

Some social media accounts shared videos of objects streaking across the sky. Although uncorroborated, the videos seem to indicate the burning remnants of a large rocket.

Debris from Chinese rocket lit up night sky some parts of Malaysia. US space command confirm the development China's Long March 5B (CZ-5B) re-entered over the Indian Ocean at approx 10:45 am MDT on 7/30.pic.twitter.com/BIkjamFbTz

Shortly after 2 pm EDT Saturday, NASA administrator, Bill Nelson released a statement, blaming China and calling out its irresponsible behavior. NASA seems upset because China did not provide better and advanced information on the projected reentry trajectory of their rocket.

The People’s Republic of China did not share specific trajectory information as their Long March 5B rocket fell back to Earth.

All spacefaring nations should follow established best practices, and do their part to share this type of information in advance to allow…

…reliable predictions of potential debris impact risk, especially for heavy-lift vehicles, like the Long March 5B, which carry a significant risk of loss of life and property.

Doing so is critical to the responsible use of space and to ensure the safety of people here on Earth.

Small propulsion systems usually disintegrate completely in the upper atmosphere. However, as much as 40% of larger rocket boosters can survive the intense heat and pressure during re-entry. Such debris can be potentially dangerous.

This is the third time China has left its rockets to reenter the Earth’s atmosphere (in an uncontrolled manner). However, to date, there have been no recorded injuries or damage to property from such incidents. Still, such behavior is certainly reckless, and countries must exercise caution.