Chrome 92 made its way to the Stable channel back in July, deprecating payment handler configurations and enhancing Progressive Web Apps (PWAs), among many other things. Today, Chrome 93 will be landing for the public. Apart from the features and enhancements that it brings, this Chrome release is also significant because it's the last version in Google's regular release cadence. Starting with Chrome 94 next month, the company will shift to a four-week release cycle. 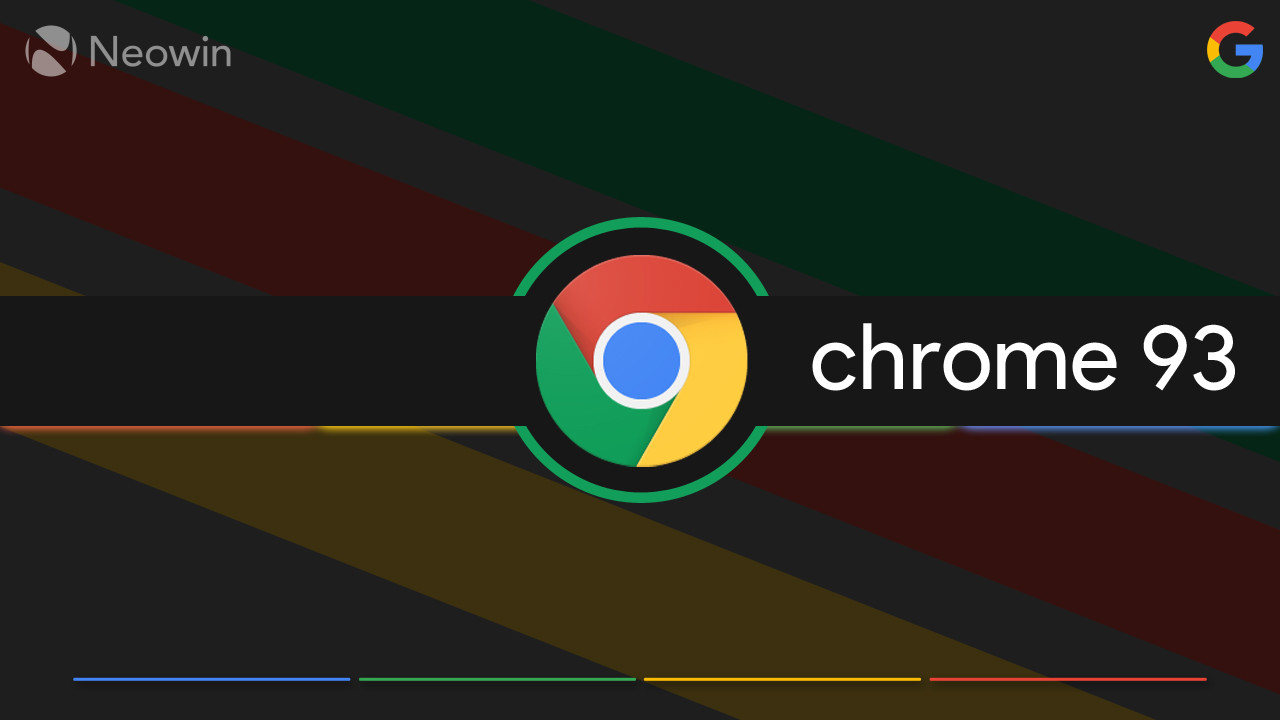 Starting with deprecations, Chrome 93 is removing support for the 3DES cipher block chaining (CBC) cipher suite in Transport Layer Security (TLS). Google has cited a number of reasons for this including the fact that newer and better AES-based replacements have been available for the past couple of decades. 3DES is also vulnerable to the Sweet32 attack, and is extremely slow, battery-consuming, and CPU-intensive, especially on mobile platforms. Furthermore, many of its implementations leak the cache and timing side channels. In the same vein, Google is also blocking connections to HTTP, HTTPS, and FTP servers on port 989 and 990. This is because of security reasons and is a mitigation to the ALPACA attack.

Google is further enhancing Chrome by allowing web apps to identify themselves as note-taking apps when needed, which will also allow for OS-level integrations. The Multi-Screen Window Placement API is being enhanced to cater to productivity use-cases where having Chrome utilized across multiple screens will result in a better experience. Support for the WebOTP API has been initiated for Chrome on desktop too, as it will allow developers to retrieve one-time passwords (OTP) sent via SMS in a specific format and sync them across Chrome on Android and desktop, provided that you are signed in to the same Google account. Given the increasing popularity of SVG images, the Clipboard API now supports this format too. Similarly, with browser vendors now adding playback speed controls in their offerings, Chrome is giving companies a way to enable and disable this control when playing media on their website.

Apart from all of the above, Google has a ton of developer-facing capabilities present in Chrome 93 too. A CSS property is being added to change the color of form controls, the "style" keyword is being added to the "contain" property again, support for CSS Module Scripts is being added, the AbortSignal.abort() static factory method is being introduced to make the life of developers easier, and the meta element's "media" attribute will now be honored so developers can shift between the theme colors of their website using a media query. In the same vein, the CSS flex box and flex items will obey the keywords for positional alignment put forward in the W3C document here.

Furthermore, a new boolean property called Object.hasOwn is being introduced which is an easier-to-use implementation of the Object.prototype.hasOwnProperty static method. Chrome 93 will also utilize the ICU LocaleMatcher to implement the BestFitMatcher which is used in JavaScript engine v8 to match locale data. Similarly, the Error() constructor now has an optional parameter called "cause" which will allow errors to be chained without requiring much development effort. Finally, a set of new HTTP Client Hints headers are being offered across the user media preference features, allowing websites to make "smarter" choices regarding the visual properties of the website based on headers.

Chrome 93 is expected to roll out later today. If it does not update to version 93 automatically for you throughout the course of the day, head over to Help > About Google Chrome to trigger the update once it becomes available. Next up is Chrome 94 which is currently in the Beta channel with a Stable release expected on September 21, which is in three weeks' time. With Chrome 94, Google will be moving to a four-week release cycle for subsequent Chrome releases.