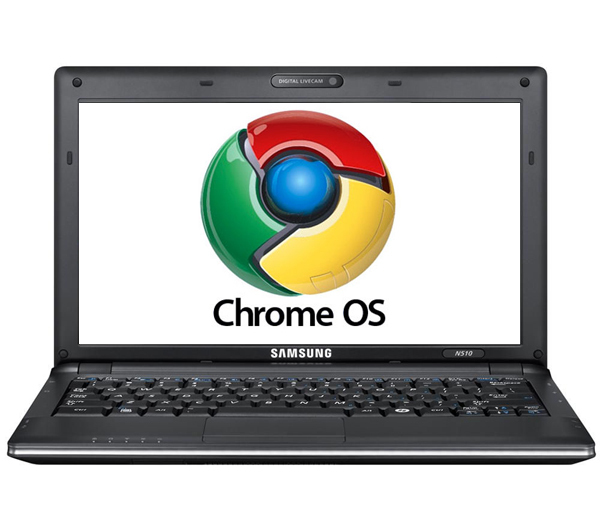 Google wants to make the Internet your computer. Or, to use more modern IT parlance, Google wants to use the Internet as their giant desktop virtualization server. Google’s marketing spot for Chrome OS assumes that we should be confused as to the nature of this new piece of hardware/software, but desktop virtualization is really all it is. This isn’t a bad thing, either. In fact, I’m convinced that all the talk and success over the past 5-7 years in virtualization and cloud computing is really converging for the consumer into what Google is calling the “Chromebook.” The main idea behind Chrome OS is what Google has really had in mind since it started in the web services industry. They are willing to bet an entire operating system and hardware line that the average consumer can do anything they need on a computer inside the Chrome web browser. It’s a ballsy claim, and potentially hugely disruptive, yet Google seems supremely confident in its browser’s capability to provide every essential service without requiring an underlying OS like Windows or Mac OS. If the hypothesis holds true, some very exciting possibilities in computing can become a full-on revolution.

With Chrome OS comes a very interesting Hardware as a Service model that many corporate IT departments are salivating over. Not only do they offer the hardware at a monthly per user rate, but the contract will also entitle the users to free hardware upgrades as they’re released. Given that the software is uniform and not local, swapping hardware is as simple as reseating some cables and logging in. Add to this the freedom from many menial management and maintenance tasks that are the bane of any IT administrator’s existence, and Google is offering a sweet, sweet deal to any IT shop. Any company looking at desktop virtualization or other alternatives to the traditional enterprise hardware/software configuration model will have to look at Google first.

It’s a pretty optimistic outlook (a dirty word in Chrome OS land) on the potential for Google to succeed in this endeavor, but there obvious issues that need to be addressed. 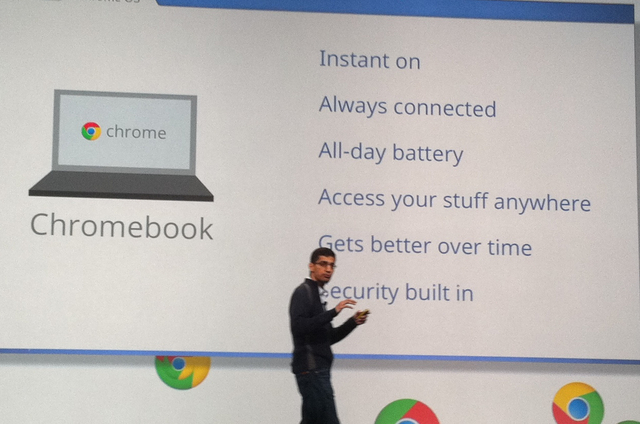 The first hurdle that Google has to clear is the skepticism that people feel about doing everything in a browser. Many people immediately throw the claim out as nonsense and an interesting marketing ploy. However, with a little digital introspection, you’ll probably surprise yourself at how little you actually do outside of an Internet browser. The big three activities, email, word processing, and social networking, are most definitely done in a browser. Microsoft has made it very clear in the past year or two, with the release of Office 2010 and Office 365, that it is trending towards the cloud. While not everybody is willing to embrace a cloud Office suite just yet, it’s right around the corner for many. With Amazon, Google, and Apple all releasing cloud storage and streaming for media, this function will also be browser-based in the near future. Businesses are accepting the idea of desktop virtualization, which includes application virtualization in many cases, in steadily increasing numbers. The idea of getting having hosted and managed desktop pseudo-virtualization in a business will be a big deal to many IT shops. Google has already announced (at the Google I/O keynote) that they are working heavily with Citrix to enable enterprise business applications to virtualize to Chrome OS. While it won’t fit every business’s every varied need, it covers a wide swath of corporate IT. Virtualization vendors now have the capability to deliver graphics intensive engineering tools like AutoCAD over a network link, so the idea of a biomedical engineer designing a limb on a Chromebook isn’t as farfetched as you would think.

This leaves the gamers and the hobbyist/enthusiast crowd, who are still very much dependent on top of the line hardware and custom parts. However, this crowd was never the target market and, frankly, don’t make up a big enough portion of the PC market (compared to, say, the corporate IT market) for Google to worry about them.

Google is also letting the developers really decide the success or failure of the platform. This strategy has seen varied mileage on the Android platform, where one the biggest accolade and detraction of the platform is the preponderance of apps in the Android Market and the bustling development community. Chrome OS will live and die on the quality of its web apps. On Android, you have a phone, and then you have the apps that support the phone, and the solid suite of Google Apps. With Chrome OS, web apps are the platform. Without quality web apps, you’re literally just buying a stand-alone browser, the fear that many already have about the platform. A good marketing campaign will show off the potential that web apps bring to the market, and expect Google to be pushing this point hard. 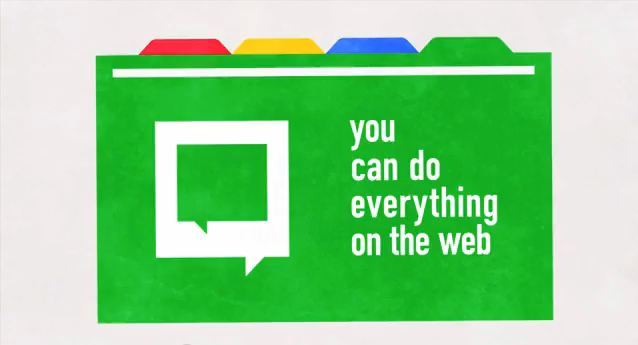 The most important question that needs to be asked is whether or not the world is constantly connected enough to warrant a PC purchase that basically depends on always-on connectivity to work as designed. Yes, there is offline mode for many of its functions, but nobody will be buying a Chromebook for its offline mode. While Google is partnering with carriers to provide free WiFi up to a limit, is 3G enough to power the average user’s digital life? Sure, it works when you’re in a connectivity pickle and you absolutely need connectivity, but for an entire PC platform to run off of Internet connectivity, one has to ask if 3G is up for the challenge. On a phone, 3G works for most tasks. On a PC, it will be up to the developers to properly harness the general lack of broadband speed to power their apps. Should Google have waited until 4G wireless services become standard in most urban areas? Maybe. Depending on 3G is a gamble, but it’s currently the only gamble available.

The stage is set for a Chromebook, that’s for sure. However, there are still many variables that could send this idea the sad way of Wave, Gears, and countless other cool but flawed products in Google’s history. The Cr-48, the prototype test unit send out to thousands of pilot program inductees, was a buggy device. It suffered from crashes, incompatibility with web services (like Flash), a subpar trackpad, and hardware that could barely play 1080p video without stuttering. While there was no shortage of complaints about the Cr-48, it was after all a prototype, and should not be representative of the final product, That being said, if the issues aren’t fixed for the June 15 rollout of the Acer and Samsung Chrome OS offerings, Google’s plan for penetration of the OS market could come to grinding halt. In fact, given the amount of time and resources that have been invested in this project, and the potential inroads that a successful Chrome OS introduces to the industry, June 15 may be one of the most important dates in Google history.

Chrome OS is a brand new platform and a revolutionary idea, and doubts will fly. Ultimately, however, Chrome OS will make its mark on the OS duopoly currently populated by Mac OS and Windows (Linux also, to a very minor extent). Its timing may a bit a bit early for many, but Google is confident that wireless connectivity and consumer confidence will catch up in time. Those are some famous last words for many promising Google products, but Chrome OS is running off the momentum generated by the Android explosion and the global proliferation of cloud and virtual services. It’s filling a space in corporate IT that business leaders will champion as cost-effective and a graceful way to manage hardware and software. As long as Google can work out the kinks of the pilot program and deliver on the promises made at developer conferences and marketing campaigns, the Chromebook could very well be the next major evolution in computing.