Think that uploading those drunken photos from the recent party to Facebook are a good idea? Think again. It appears that the Federal Trade Commission is now allowed to keep anything you posted publicly to Facebook/Twitter/Flickr/anywhere else for up to seven years before it must be destroyed.

Forbes reports that the FTC have approved a start up company that monitors employees' internet presence, named "Social Intelligence Corporation." The company scours the internet for information about individuals, and will look at information that is public about a user, and provide it to potential employers upon request. It's worth noting that most employers will probably try and look you up online, but probably not to this level. 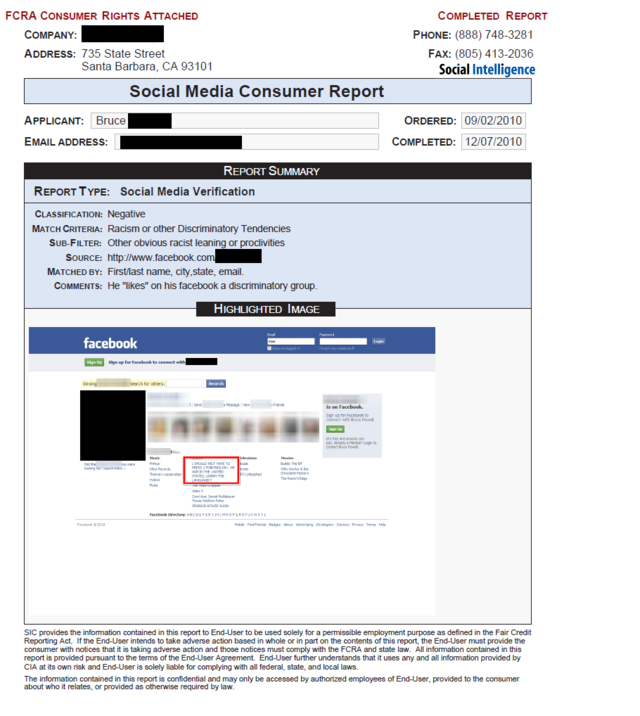 Forbes tested this by requesting a report from the company, and even though the user hid most of their details, they still managed to dig up some dirt because the user is a member of a public group that "leans towards racism" (pictured above). In another test, they found that a user had been attempting to buy Oxycontin and Marijuana on Craigslist and reported this to the employer (pictured below). 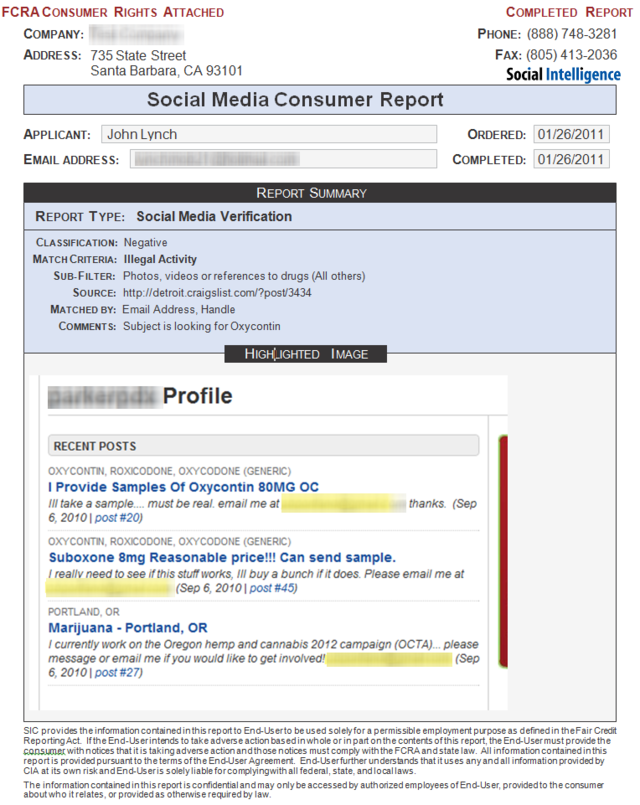 Up until today, it wasn't clear if this practice was entirely legal, but now that the FCC has approved it, the company is free to do as it pleases. Social Intelligence offers the services they provide to any company, and actually creates entire files on individuals, however they claim that they only use the databases as a "chain of custody" in case it's ever needed for legal reasons, and when they are approached by a company they will run a new search and base the report on current data rather than past.

Even then, the Social Intelligence COO, Geoffrey Andrews says that "[Social Intelligence] stores records for up to 7 years as long as those records haven’t been disputed," but adds that "If a record is disputed and changed then we delete the disputed record and store the new record when appropriate."

The best bet you have against a company like this is to lock down your Facebook profile and be careful what you tweet, share or blog about, because it could come back to bite you. Even small things such as "liking" an article or passing on one are included in this kind of information, so it's best to watch every activity performed online.