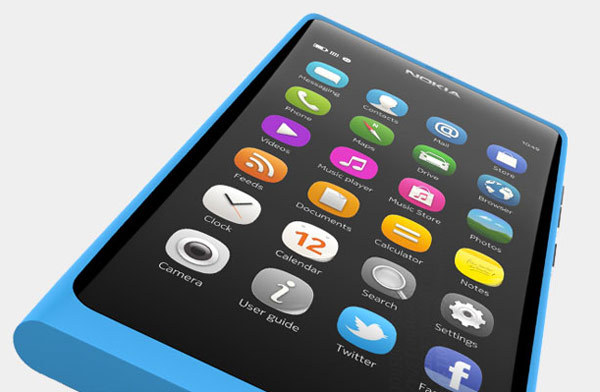 Today, Nokia announced at an event called CommunicAsia their all new Nokia N9 phone. The new candybar based phone is available in a range of colors, and comes running the open-source based "Meego" operating system that has not been released onto consumer devices until today.

The new device is packing a 8-megapixel camera and comes in 16 or 64GB flavors, packs a AMOLED display, with the entire front of the phone being a touch screen and having no capacitive buttons at all. On top of this, it has a compass, accelerometer, proximity sensor and light sensor built in, and weighs just 135g. According to WorldofNokia, which has a full specifications list available, it also has HTML5 support in the browser, turn by turn navigation and supports office documents out of the box. 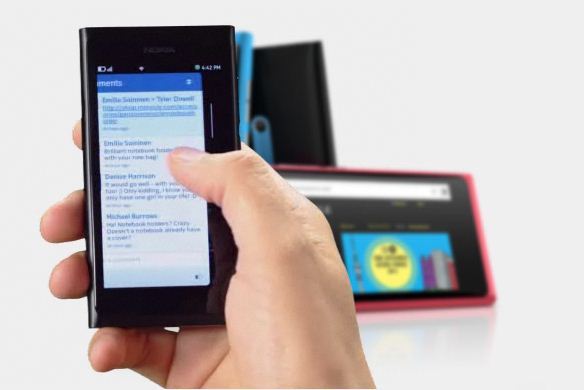 Nokia is touting the full social networking support heavily, with Twitter and Facebook being built right into the OS, or viewable in one "stream" from the events view. In addition to this, the phone can play movies in MPEG4-SP & ASP, H.264 BP/MP, WMV9 / VC-1 and MKV formats.

One of the more interesting features is the NFC connectivity that is built in. You can tap the N9 to wireless speakers and play music from them, or tap two N9 phones together to transfer files seamlessly. This is the first implementation like this that will be widely available.

According to the Nokia website, applications available from launch include Vimeo, Twitter, Skype, Facebook, Wi-Fi Hotspot, Angry Birds "Magic", Foursquare, AP Mobile and AccuWeather with "more on the way."

We're baffled as to why Nokia has gone to all this effort with the impending launch of their Windows Phone 7 based devices in the Fall of this year, and are left wondering what will happen to users of the phone when Windows Phone 7 becomes the companies primary focus, and if it will continue to be supported or is just a stop-gap measure until then. There's only one way to find out.

For more information on the N9, visit the Nokia site here. No word on a release date, we'll keep our eyes peeled.

Thanks to forum member liju for posting this.