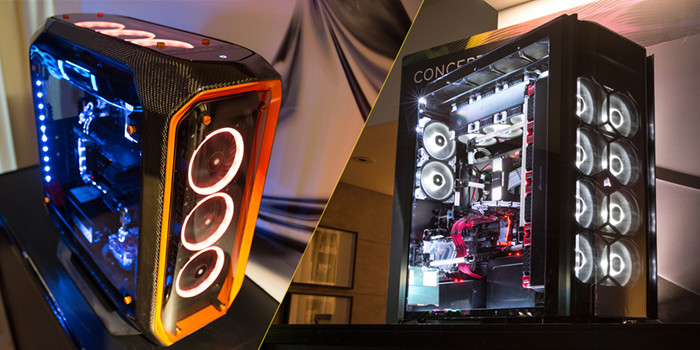 This past week, the world was introduced to many new and upcoming products at the Computex show in Taiwan. Although there are many retail ready products that can be found on the show floor, companies also tend to show off custom or one-off products to flex their engineering prowess. Corsair was no exception to this, showing off its Concept Curve case.

According to Hardware Canucks, the case costs $18,000 and isn't something that you will eventually find in retail, but instead is a product that is meant to show off the capabilities of the firm when the price isn't a concern. Perhaps what makes the case so exquisite is the use of curved tempered glass around its front and sides. The frame of the case is finished in hand finished carbon fiber, giving it a nice contrast. As you would expect, it also has the latest from Corsair in terms of internal components and also offers a customizable light display.

While the Concept Curve is impressive, it was also accompanied by other experimental products such as the Concept Zeus. The Concept Zeus is a wireless gaming mouse with a Qi wireless charging pad. Like mentioned previously, these concept devices won't be sold, but the technology could find its way into future devices at some point.