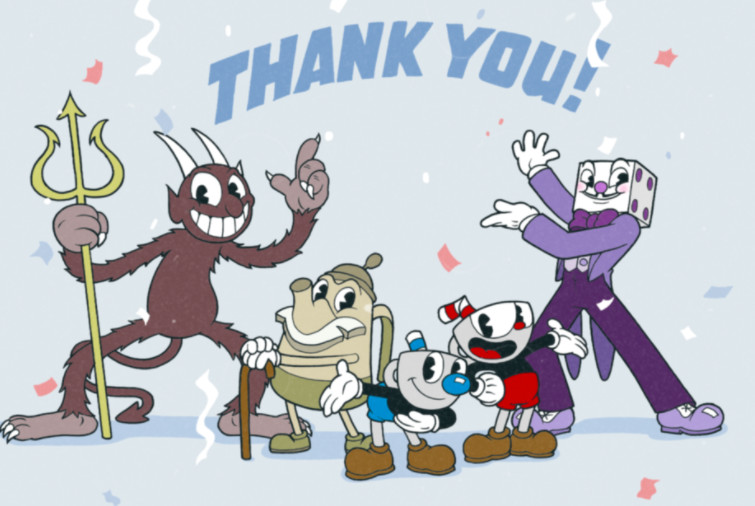 It has been a long road for Cuphead, a game that was originally announced back in 2014. But it looks like all of the effort and delays have finally paid off, as developer StudioMDHR has announced that the game has sold one million copies. This is quite a feat considering that the title just was released to retail on September 29.

"Hello friends! Cuphead has only been out for two weeks and we never could have dreamed of the reception we’ve received from our amazing fans! Today, we wanted to take a moment to thank each and every one of you for your support and we’re excited to share that Cuphead has gone platinum with over 1 million units sold!" "We have worked tirelessly over the past few years to deliver a game that remained true to our vision and we are both humbled and excited that so many people from around the world are playing Cuphead – it truly makes it all worth it".

If you haven't heard of Cuphead before, it is a co-op shooter that features 1930s style hand-drawn artwork, accompanied by a lively soundtrack. The visuals might be what lure you in, but the challenge is what will keep you coming back. This is a game that requires skill, patience, and most of all, persistence. If you aren't quite sure this is your cup of tea, you can check out our review of the game.