Following the delay of Valve's Steam Machine, and the announcement of a similar move that was made by Alienware with their "Alpha" gaming PC, CyberPower PC is going to be releasing their "Syber "gaming PC for the living room with Windows 8.1 instead of SteamOS. However, it will be able to run Valve's SteamOS once it is out of beta. Additionally, the "Syber" will be optimized for Steam's Big Picture mode just like the "Alpha." 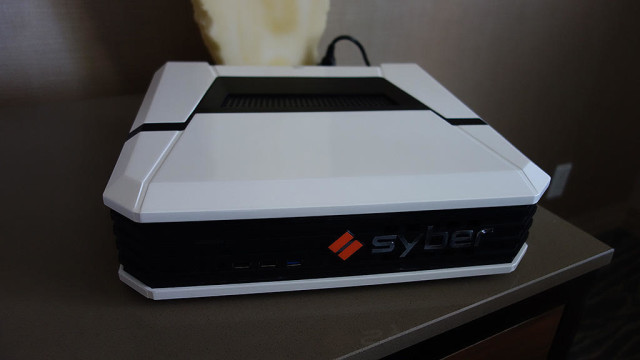 CyberPower PC's "Syber" will be priced closely to the "Alpha," starting at $599.99. The base model will include 4GB of memory, and a 500GB hard drive. According to ZDNet, it will use a standard graphics card such as the Radeon R9 270 or Nvidia GeForce GTX 750 Ti.

A model with higher-end specs will run about $100 extra, and will include an Intel Core i3-4150, 8GB of RAM and 1TB of hard disk space. Also, the price of both models will account for a bundle which will be included. Despite the fact that CyberPower PC has not confirmed what will be offered in the bundle, it could contain a controller and/or a remote control.