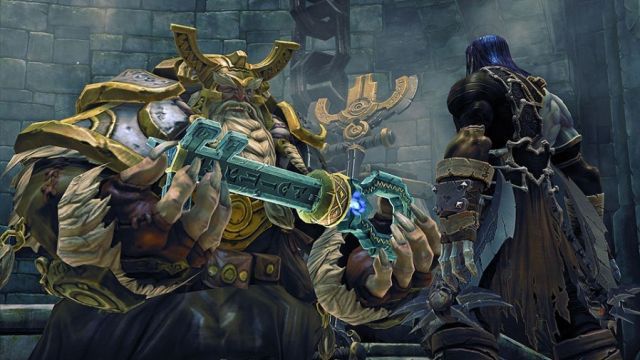 Fans of the original Darksiders who have been anxiously awaiting the sequel to the action game will have to wait a little longer. THQ has announced that the release date for Darksiders II has been pushed back from its planned June time frame to sometime in August 2012.

The game's official website has posted an FAQ about the release date change. The FAQ says the decision to delay Darksiders II was purely to make the game better, saying, "The date was shifted to ensure we meet the high quality threshold that we are committed to achieving." It later added, "Nothing is more important to us than quality and thankfully our company’s current operational position allows us to make the right choice for Darksiders II."

The FAQ also denied that Darksiders II was delayed due to recent layoffs at its developer Vigil Games. It also states that no content from the game will be cut due to this change.

In related news, THQ announced today that its preliminary financial results for the first quarter of 2012 came in better than expected. The publisher said that its revenues will come in between $160 million to $170 million, compared to a previous prediction of between $130 million to $150 million. This was due to higher than expected sales of Saints Row The Third and UFC Unleashed 3, along with higher sales of the company's digital content.

The news boosted the price of THQ's shares today, as they are trading up over 36 percent. THQ will release its official financial results on May 15.