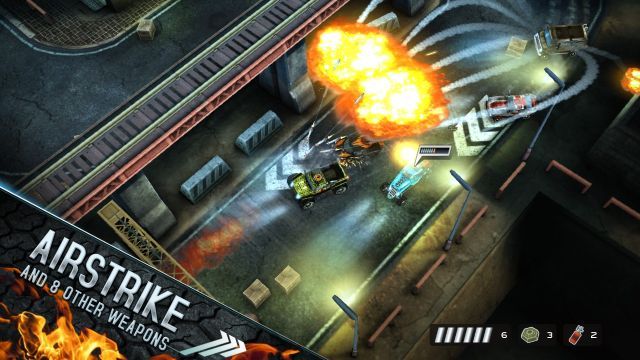 In 1996, developer Remedy released its first game, the PC top-down car combat title Death Rally. It was just the first start for Remedy, who later went on to create and develop the first two games in the Max Payne series, along with the two games in the Alan Wake franchise.

Today, Remedy announced it was bringing Death Rally back to the PC platform in a new version on August 3rd for $9.99. The company previously released a remake of the game for the iOS and Android mobile platforms. Since the mobile version was launched in March 2011, Remedy says it has generated 11 million downloads.

Remedy says it has made some changes for the PC remake, which includes revamped graphics and artwork: Remedy states:

Camera and controls have been fully optimized for PC and career mode has been improved by unifying the single player and multiplayer progress. The PC version also includes new features such as the new track “Savo” and a return of the “Shadow Man”, a familiar figure from the original Death Rally.

Remedy has also released a new trailer announcing the Death Rally PC remake launch. It doesn't have any gameplay at all, but it is pretty funny.