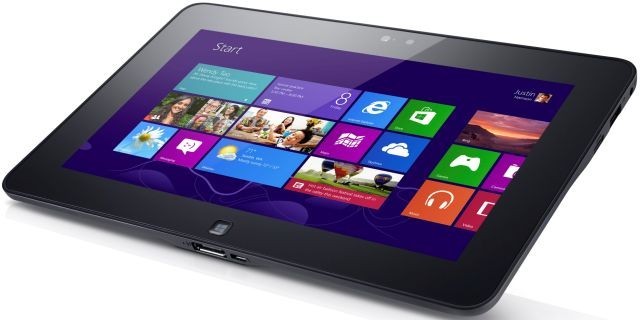 While PC maker Dell is currently in the middle of a plan that could lead to taking itself back to a private company, it is still developing new PC products based on Windows 8. This week, an executive at Dell indicated that the company plans to refresh its Windows 8 lineup of PCs later this year.

That's not surprising at all; in fact it's expected. However, as PCWorld.com reports, Dell vice-president Steve Lalla did indicate that the company is exploring designs for future Windows 8 tablets that are larger than the 10 inch models that are currently available from Dell, such as the Windows 8-based Latitude 10 and the Windows RT-based XPS 10.

It's not yet known if these larger tablets will be a part of Dell's 2013 PC product plans. Lalla did state that Dell will offer some new Windows 8 notebooks and convertibles that will be thinner and lighter than their current products. Lalla also said the company is still working on Windows RT-based products, running on ARM processors, but would not go into details.

It's likely that PC makers are waiting until the Computex trade show in Taiwan to reveal more information about their 2013 Windows 8 launch plans. The trade show will be held this year from June 4-8.