Google's Chrome web browser has used the WebKit rendering engine ever since Google launched the first version of its in-house browser. Today, Google announced that it will be moving on from WebKit in future versions of Chrome with a new rendering engine, Blink, that's based in part on WebKit.

In a post on the Chromium blog, Google stated that while using WebKit has served Chrome well over the years, Chrome uses a different multi-process architecture than other WebKit-based browsers. This has caused an increase in complexity for Chrome, and for WebKit. Google feels this system has held the Chrome team back in terms of putting in new and innovative features. It added: 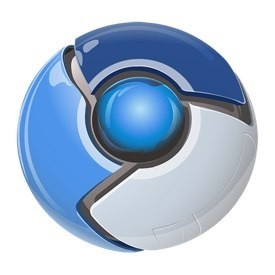 Like WebKit, the development of Blink will also be open sourced. For now, web developers won't have to worry too much about this change, as Google claims that Blink development will concentrate at the moment on simplifying code. It stated, "For example, we anticipate that we’ll be able to remove 7 build systems and delete more than 7,000 files—comprising more than 4.5 million lines—right off the bat."

In February, Opera announced it was dumping its own internal Presto engine for its browser in favor of WebKit, in part because Opera wanted to develop with the open source-based WebKit and its community. In a FAQ on its Chromium developer site, Google indicated that Opera will also be using Blink.