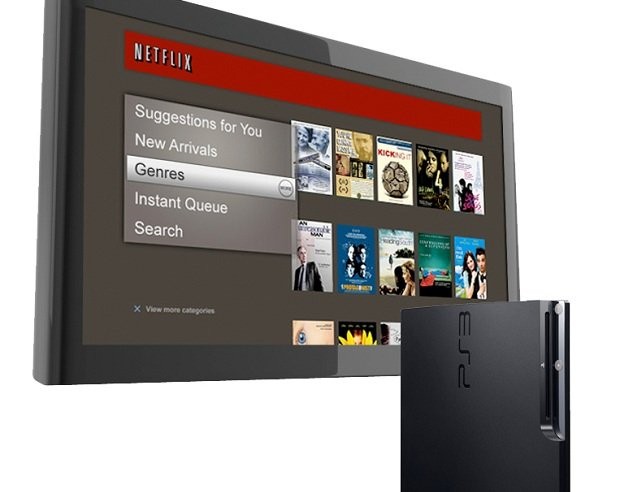 In 2008, Microsoft announced that it would add an app that would allow users of Netflix's streaming video service to access it via the Xbox 360 console. Before then, Netflix's streaming service was restricted almost exclusively to PCs. The success of the Xbox 360 Netflix app led the company to expand its platform reach to smartphones, set-top boxes, DVRs, DVD and Blu-Ray players, and, of course, many more game consoles.

Today, over four years after the Xbox 360 app was launched, Netflix announced that its "largest TV-connected platform in terms of Netflix viewing" was the Playstation 3 console from Sony, which added Netflix support a year after the Xbox 360. Indeed, Netflix stated, "This year, at times, PS3 even surpassed the PC in hours of Netflix enjoyment to become our No. 1 platform overall." Specific numbers were not revealed.

The official Netflix blog also points out that the PS3 Netflix app was the first one that offered 1080p video resolution as well as 5.1 channel Dolby Digital Plus surround sound. The blog also revealed today that the company is working with Sony to add voice command features to the PS3 version. This new addition, which has the code name "Max" is currently being tested.

It's likely that the main reason that Netflix has a bigger audience on the PS3 is because it allows its users to access Netflix just by paying the regular monthly Netflix subscription fee. In order to access Netflix on the Xbox 360 console, you have also pay for Microsoft's Xbox Live Gold service in addition to the Netflix subscription. So far, Microsoft has not given any indication that it will allow its free Xbox Live Silver members access to Netflix or its other streaming video services.