While many Windows Phone 8 users are still awaiting the promised GDR2 update, some people are already looking forward to Windows Phone 8.1, also known as Windows Phone Blue. Earlier today, we posted up a detailed concept of what we would like to see in Windows Phone 8.1 but now it appears that a screenshot of the real thing may have found its way to the Internet from an unlikely source. 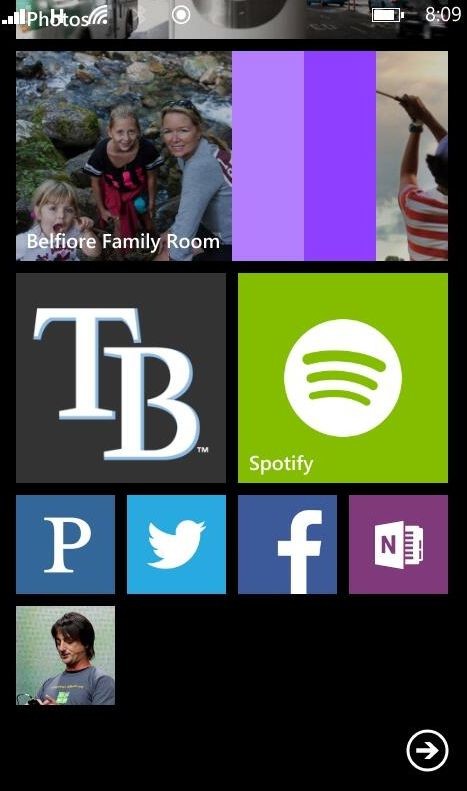 Belfiore would certainly be one of the best people to test future Windows Phone builds and he might have thought that the Start screen was not enough of a reveal, and didn't bother to notice the groupings of the icons. WPCentral.com claims that, based on their own information, Belfiore's screenshot could in fact be the first public look at Windows Phone 8.1. However, the final version of the OS will likely not be released until sometime in early 2014.