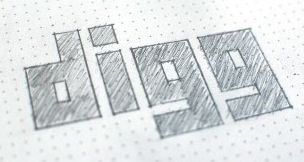 Of all of the projects that Google has shut down since its occasional spring cleaning efforts began two year ago, none have generated more talk on the Internet than Wednesday's announcement that Google would shut down the Google Reader RSS feed website on July 1.

As we have reported, there has been a massive online outcry from its devoted fans to keep the service going, but at the moment it doesn't look like that will happen.

Today, the people behind the revamped Digg.com website have announced plans to launch their own RSS reader service. In a post on Digg, the company said, "We’ve been planning to build a reader in the second half of 2013, one that, like Digg, makes the Internet a more approachable and digestible place. After Google’s announcement, we’re moving the project to the top of our priority list. We’re going to build a reader, starting today."

The people behind Digg believe that there is still a place for an RSS reader, even as some have said that such a service is "old fashioned" compared to the information that is posted on social networks such as Twitter and Facebook. Digg says they want to use the best features of Google Reader, along with its API, but at the same time they also want their reader to work in the current Internet age of social apps and "likes."

Digg is also looking for input from its own users on what features they would like to see in its RSS reader. It added, "Don’t get us wrong: we don’t expect this to be a trivial undertaking. But we’re confident we can cook up a worthy successor."