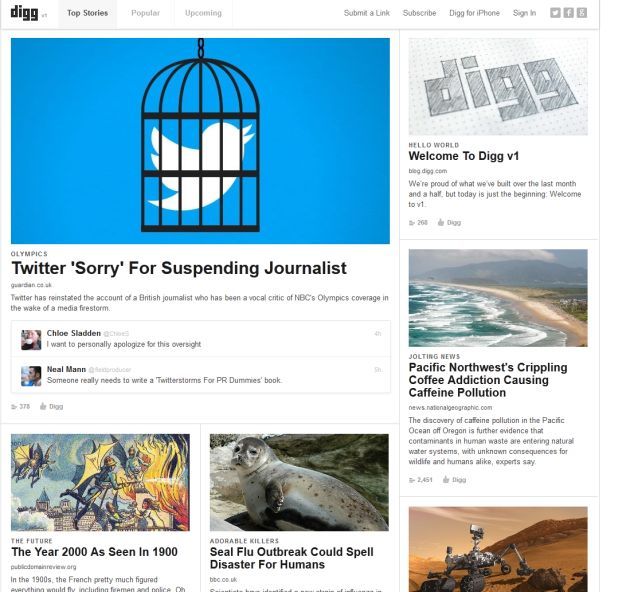 After rising and then falling from grace, the Digg.com news aggregation site is back up and running. As promised earlier by the site's new owners Betaworks, the site has received a redesign that does away with Digg's previous spartan list of news headlines in favor of a site that has a more traditional news layout, with large images.

Users can still "digg" stories from other websites to have them appear, and gain prominence, on Digg.com. However, the new version does require that users log into the site from their Facebook account in order to "digg" stories.

In a post on the site's official blog, Betaworks makes it clear that this is just the first version in their overall plans to reinvigorate Digg.com. Those plans include some experimenting with commenting features, which are currently not in place. Betaworks also plans to continue to develop a better mobile experience for Digg users. Indeed, it has already launched the first version of the new iOS Digg app which allows for offline reading of Digg stories. (no word yet on any Android, Windows Phone or Windows 8 apps).

Betaworks also plans to launch an API for Digg "so that members of the development community can build all the products that we haven’t even thought of yet." The site will remain ad-free, according to the FAQ page.