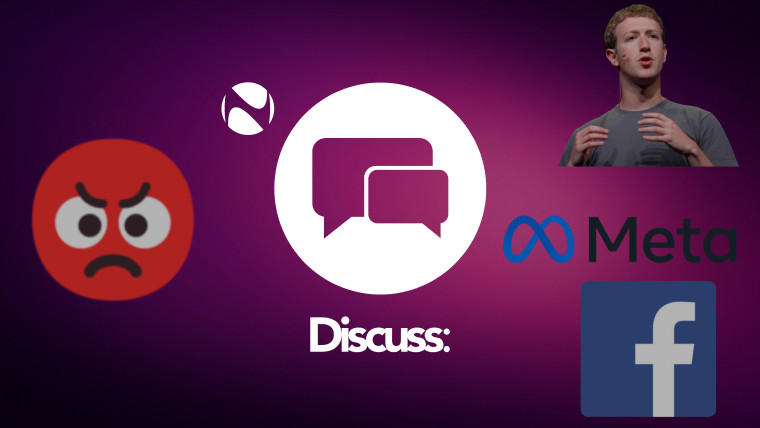 If you read articles related to Facebook or its parent company Meta on Neowin or other tech media outlets, you'll notice an overwhelming trend of distaste for the platform from the general public. This is even more evident now when Meta has recorded a drop in daily active users on Facebook for the first time since the social media platform launched 17 years ago.

Meta went on to blame Apple for a similar drop in earnings, saying that the firm's recent privacy will result in a further loss of $10 billion in 2022. Things are not looking good for the company right now, or at least not as good as they used to be.

Naturally, even our article on the Meta earnings call was filled with comments wishing that the tech firm suffers a painful death. That said, most comments just stop at that and don't really elaborate on why they feel so strongly about Meta, especially if they don't use Facebook.

We want to be clear, there are lots of reasons to dislike Meta, just like any other company. Notable ones include the Cambridge Analytica scandal which was a massive breach in user privacy, its "utility" as a tool for spreading misinformation, anticompetitive practices, its recent focus on the metaverse which it still can't seem to articulate, and how it has different standards for different users. It was even crowned the worst company of 2021 by some outlets.

Based on recent trends, it's clear that social media platforms are not going anywhere. In fact, we have new competitors like TikTok which are offering users different ways to consume content.

In light of that, we would like to know: why do our readers hate Facebook and Meta specifically? How is Facebook inherently worse than other social media platforms like Twitter, Reddit, TikTok, Instagram, and more? What about Meta bothers you so much that you consider it the worst tech company in existence? What would be the conditions in which you would give Facebook/Meta a second chance, or are they irredeemable in your eyes? Is it not the consumers who shape the platform? If Facebook does shut down as per your wishes, wouldn't the same users who make the platform awful just migrate to a different one and do the same there?

The floor is open for discussion, so do let us know in the comments section below while being respectful to people who hold viewpoints that are different than yours.