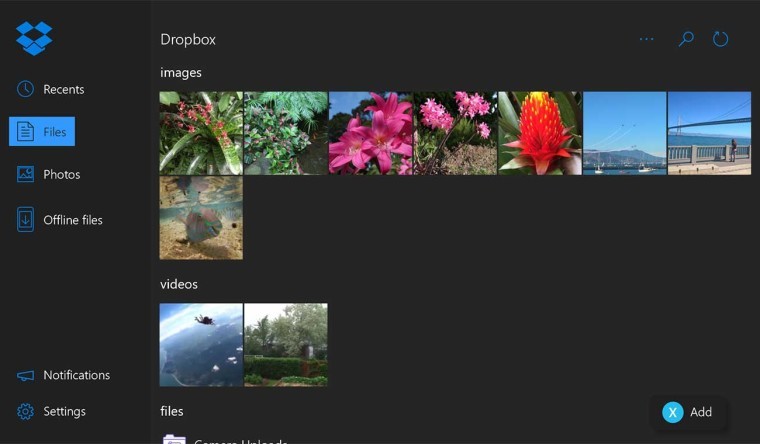 The Xbox One supports Microsoft's Universal Windows Platform which allows developers to release and support apps across a range of different devices, from PCs to Mobile and even HoloLens.

Cloud storage provider, Dropbox, has recently updated their Universal App for Windows 10 with support for the Xbox One. If you are not already using Microsoft's native OneDrive app with your Xbox then perhaps Dropbox is worth a look.

The update brings a few new features, including an adaptive UI for larger displays, and the ability to import content from an external USB. The app also allows users to seamlessly stream data from their accounts and view or share those files, including photos and videos directly from the TV without having to download them.

These new features may appeal to users who have collected a large amount of content, making it a little easier to stream personal content such as a large collection of ripped DVDs or family photos to the TV.

You can grab the new update from the Xbox Store.