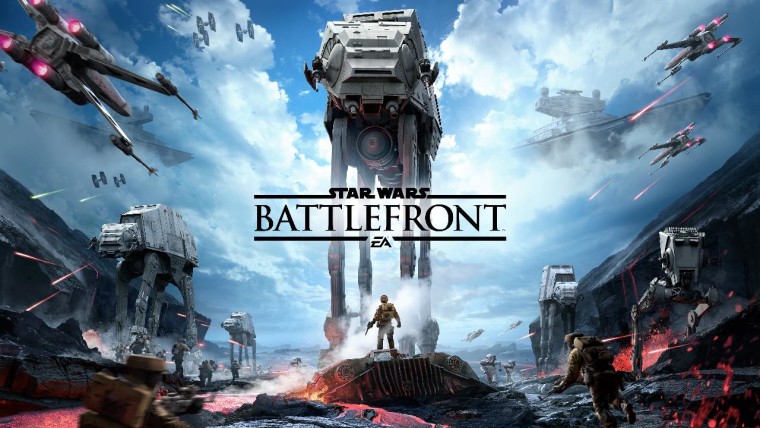 Electronic Arts had what many of us would have called a sure-thing in Star Wars Battlefront. The successor to Battlefront 2, which debuted on Xbox, PC and PS2, the game had many of us psyched to be transported to a galaxy far, far away and experience the battles we've watched from the movies. Yet, only hours after diving into Battlefront, many gamers began complaining over lack of depth in Battlefront - something EA is now ready to talk about.

Electronic Arts CFO Blake Jorgensen says that Battlefront was meant to be "accessible", offering a Star Wars game that was easy to jump into and play without a steep learning curve. Jorgenson went on to say that "Star Wars Battlefront is a first-person shooter, but it is [one of] the only teen-rated first-person shooters... An 8-year-old could play with his father on the couch, as well as a teenager or 20-year-old could play the game and enjoy it". The accessibility and tame nature of Star Wars Battlefront to appeal to all ages sounds great, but there's a problem: this wasn't the Battlefront many of us were looking for.

Battlefront was never promoted as a father & son game. EA instead showcased a deep playable Star Wars shooter that would explore many parts of the Star Wars universe, placing you in huge, epic-scale encounters between the Rebel Alliance and the mighty Empire. DICE, primary developers of the deep, mature combat-driven Battlefield franchise, was at the creative helm and only fueled the assumption that we were going to see something complex like Battlefield 4 properly fitted to the Star Wars experience. Instead, Battlefront came off as too vanilla, and even Jorgenson admits that "for the hardcore [gamers], it may not have the depth that they wanted in the game".

It seems like EA could have done themselves a favor by setting the proper expectations. Building up a more casual shooter might have averted some strong backlash from the gaming community. Instead, EA let the gaming world build expectations based on EA's numerous presentations and gameplay demos, only to have them wrecked shortly after Battlefront's launch. EA even approached Breaking Benjamin frontman Benjamin Burnley about promoting Star Wars Battlefront. Burnley was more than happy to discuss his feelings on the game, which was a big mistake as you'll see in the video below (warning: some strong language within video).

Spending 10 hours with Battlefront via the EA Access service on Xbox One, I am inclined to agree with many of the frustrations and missed opportunities that both Burnley and many other gamers share regarding Battlefront. As of today, Battlefront holds an average score of 72/100 from 101 critic reviews and a 4.3/10 from nearly 3,000 users from Metacritic.com.