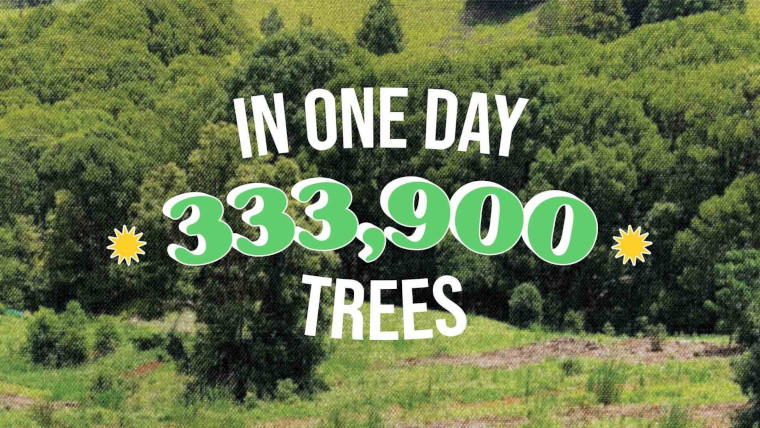 Last week, Ecosia said that it would be using revenues earned on Tuesday, July 27, to restore and protect areas affected by wildfires. It has now shared the results from this effort; enough was raised to plant 5,000 trees in California, 7,500 trees in Byron Bay, Australia, and to help support firefighters in Brazil who are protecting 321,400 trees in the Atlantic Forest.

Ecosia explained that in the United States it’s starting a new project with Californian landowners to replant burnt areas with native species. Its reforestation partner, the American Forest Foundation, is also doing work to limit the spread of wildfires by thinning existing forests. In Byron Bay, Ecosia’s partner ReForest will plant the newly funded 7,500 trees in September and October. According to Ecosia, rainforests in this region of Australia struggle to naturally regenerate so this planting effort will help to restore habitats that otherwise would have struggled to return.

“Besides having already planted 12.9 million trees in Brazil, we’ve saved another 6.7 million from human-caused fires. Thanks to Tuesday’s searches, our partner ITPA will be able to hire more firefighters, get additional safety equipment, and purchase a vehicle that can reach areas that were previously difficult to access. Our partner estimates that this will help them save an additional 321,400 trees in the Atlantic Forest, an irreplaceable biodiversity hotspot.”

Typically, users’ search results generate revenues that are distributed to projects all around the world; in May, recipient countries were Madagascar, Brazil, Ethiopia, Tanzania, Australia, Senegal, the Philippines, Cameroon, and Ghana. On some days, like Tuesday, Ecosia decides to send a whole day’s worth of revenue to select projects. It did this in January 2020 and in November 2020 too.