Elephone isn't exactly a well known brand, nor does the name even sound attractive. Still, they've earned a "so-so" reputation in the Chinese market. Most of that comes from their almost monthly announcements of new smartphones but half of them either not seeing the light of day or being delayed indefinitely. Still, when they do release a device, it usually receives somewhat favorable reviews as being the right balance between cost and performance.

One smartphone that has been largely a success for them is the P3000. Initially intended as a low-cost taste maker for newer technology like fingerprint scanners, it has received a number of small refreshes so far leading up to a giant refresh that is scheduled to be taking place very soon. 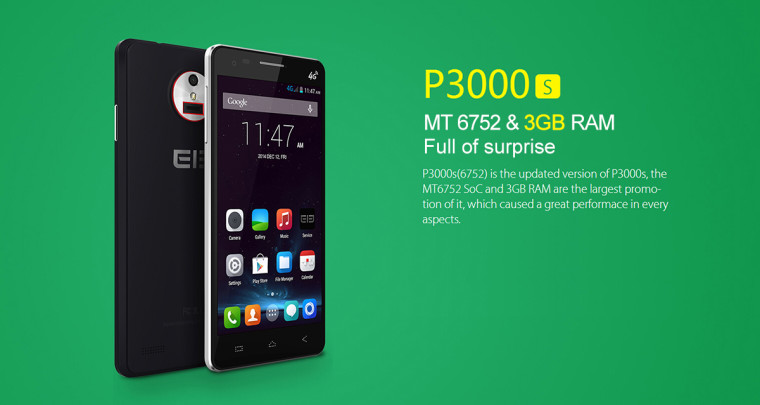 And it also comes with what can be assumed is Android 4.4 KitKat rather than Lollipop. There are a number of third-party ROMs out there for the P3000S, however, including one which claims to be a Lollipop ROM although the feedback for the ROM is scarce.

Pricing for the original P3000 has dropped, with resellers listing it at $149.99, and have started pre-orders for the newer P3000S at $199. While this device by Elephone isn't exactly Earth-shattering in terms of specs, the pricing still makes it worthy for consideration for anyone looking for a secondary phone or for a cheaper alternative to some of the more expensive phones on the market. It also puts it on the somewhat cheaper scale of MT6572 smartphones.