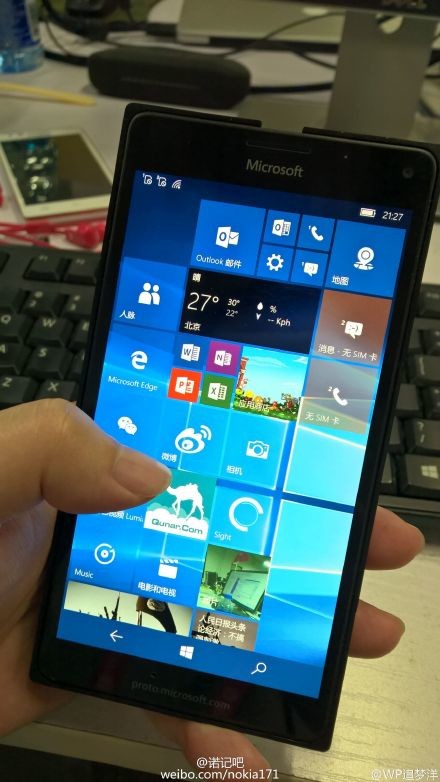 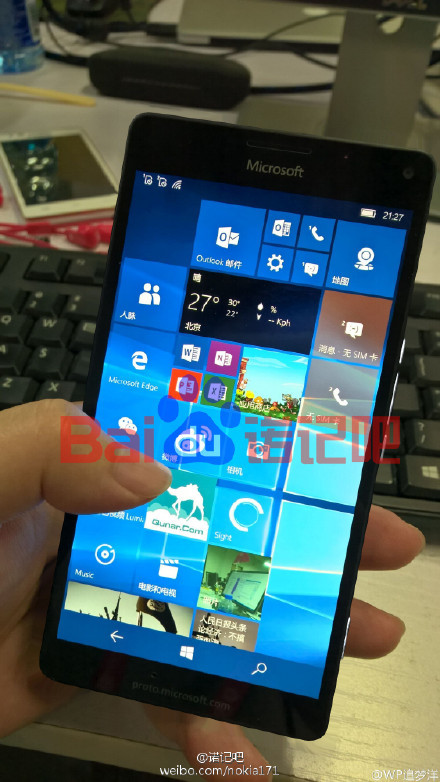 Earlier today, a leak from China gave us our first look at what Microsoft's upcoming devices will look like. A previous report had already given us an idea of the specs, the design and the colour options for the Lumia 950 and 950 XL but this was the first real image of the device. Now, another leak - also from China - has provided even more images for you to look at, showing off the front of the device in more detail.

Like the previous images, it's not entirely clear if the device shown is the 5.7-inch Cityman (Lumia 950 XL) or its smaller sibling, the 5.2-inch Talkman. What we can see is that the device features extremely thin bezels and no capacitive buttons, with Microsoft instead opting for virtual keys going forward.

Like the previous leak, the phone is, unfortunately, covered in a protective shell but the leaker was kind enough to also remove the cover in Photoshop, giving you a clean look at what the device could look like out of the box. You can see that on the right.

With the latest Snapdragon 8xx series processors, ample amounts of RAM and even iris scanners, do these devices whet your appetite? Are they the Windows Mobile flagships you've been waiting for? Tell us below.