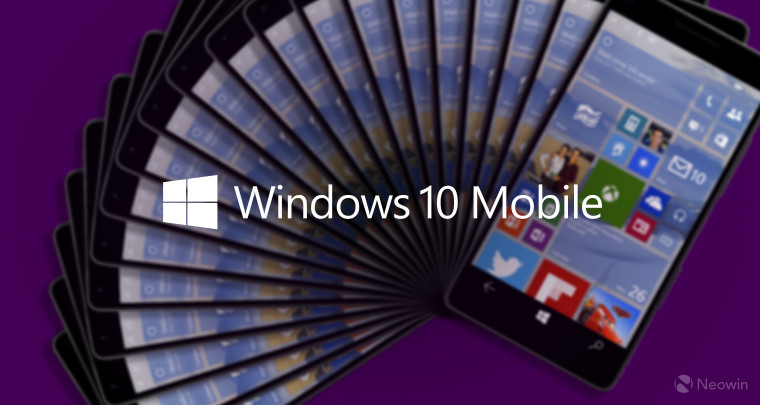 We took a look at build 10563 inside one of the emulators and the overall performance seems good. It's important to note that we've run the emulator on a powerful machine and things could always be different on a real phone. Insiders have been reporting performance slowing down over time in recent builds of Windows 10 Mobile, but Microsoft engineers are on top of it.

There are virtually no immediately noticeable cosmetic changes to the UI, but there are a few new things in terms of additional settings. Microsoft's Edge browser has now aligned with its desktop counterpart and is now at version 23. As you can see in the screenshot to the left, tapping the three dot button will greet you with a slightly changed flyout menu. 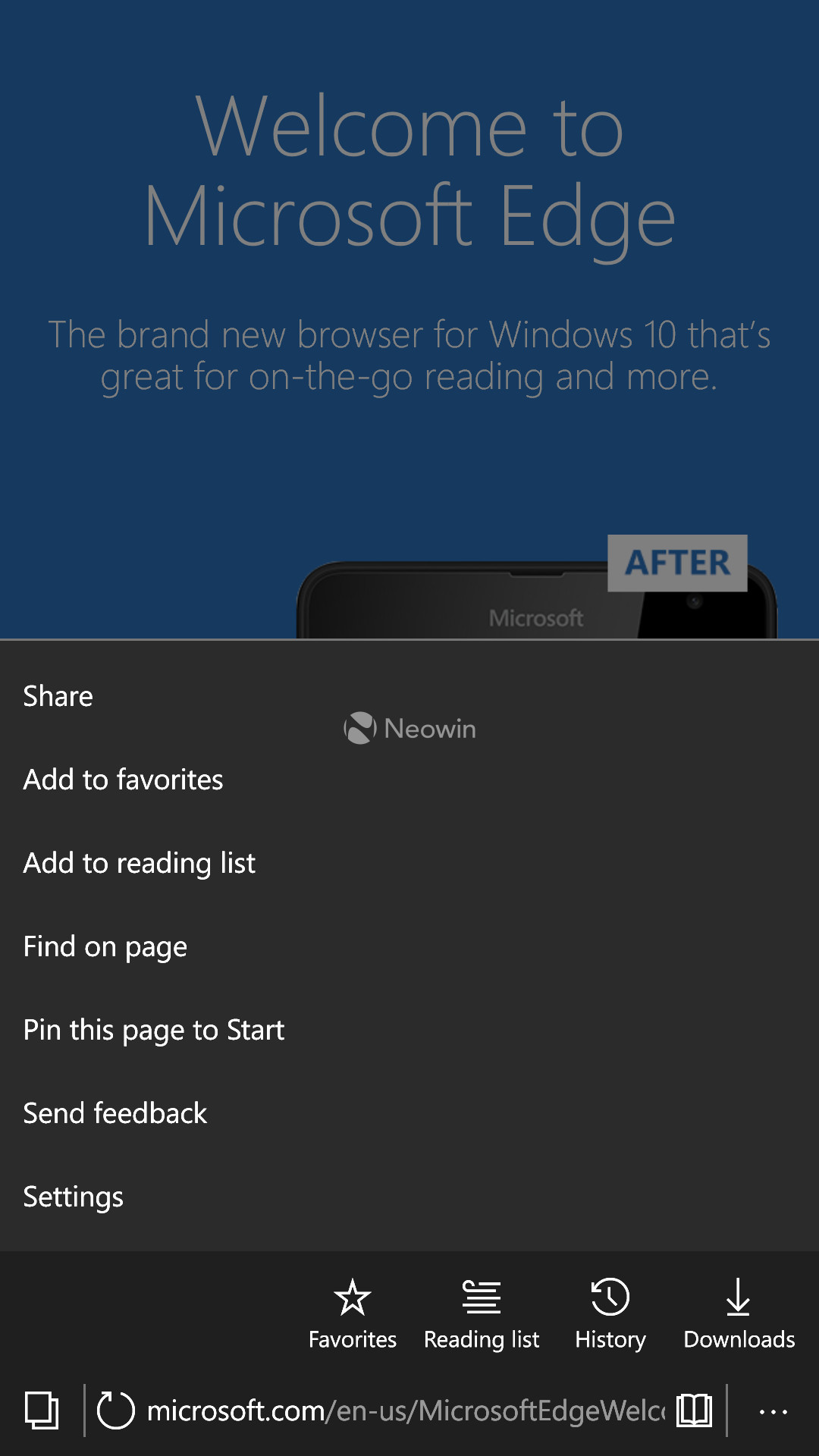 The Share button has moved to the quick action list and you no longer have to tap again on a Hub button to access History, Favorites, Reading List, and Downloads. If you go to Settings, there's now a toggle for syncing Favorites and Reading lists, as well as the option to import favorites from another browser, but so far only Internet Explorer is listed. 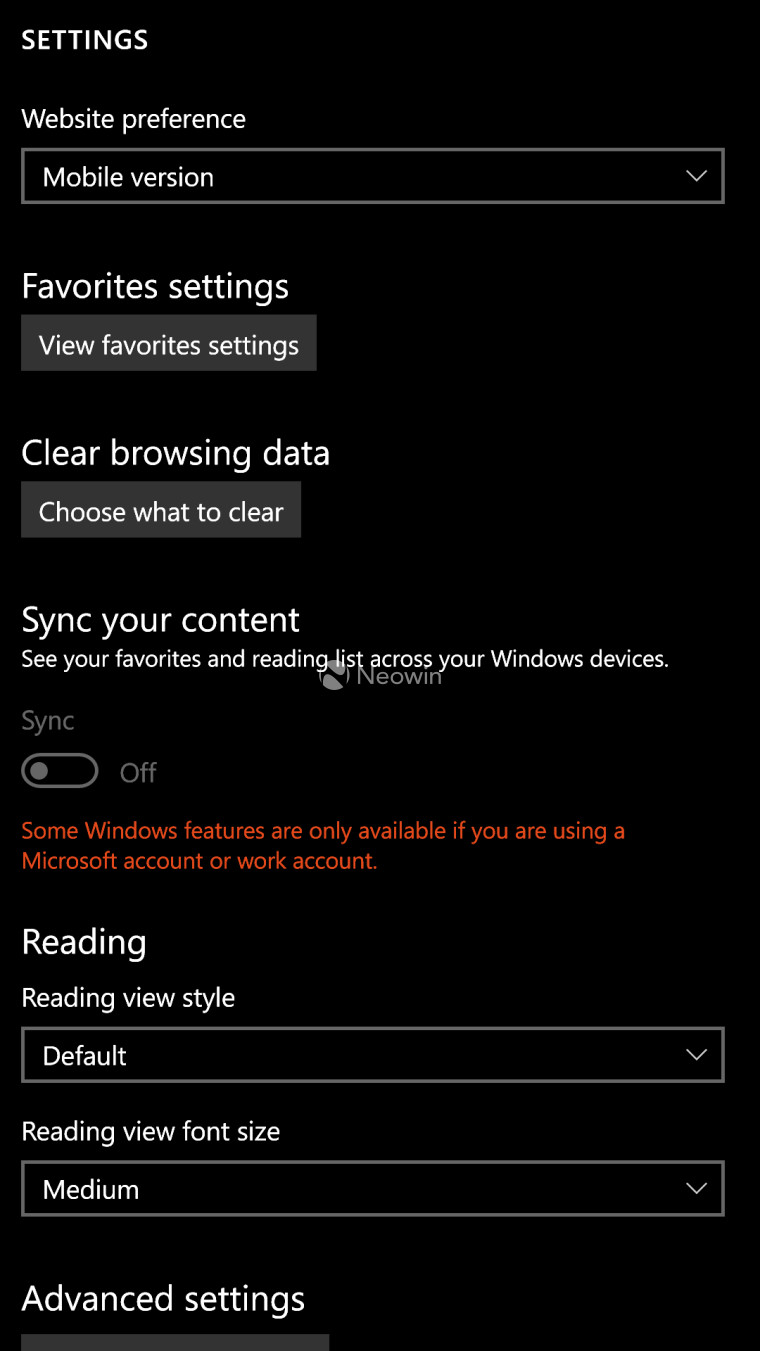 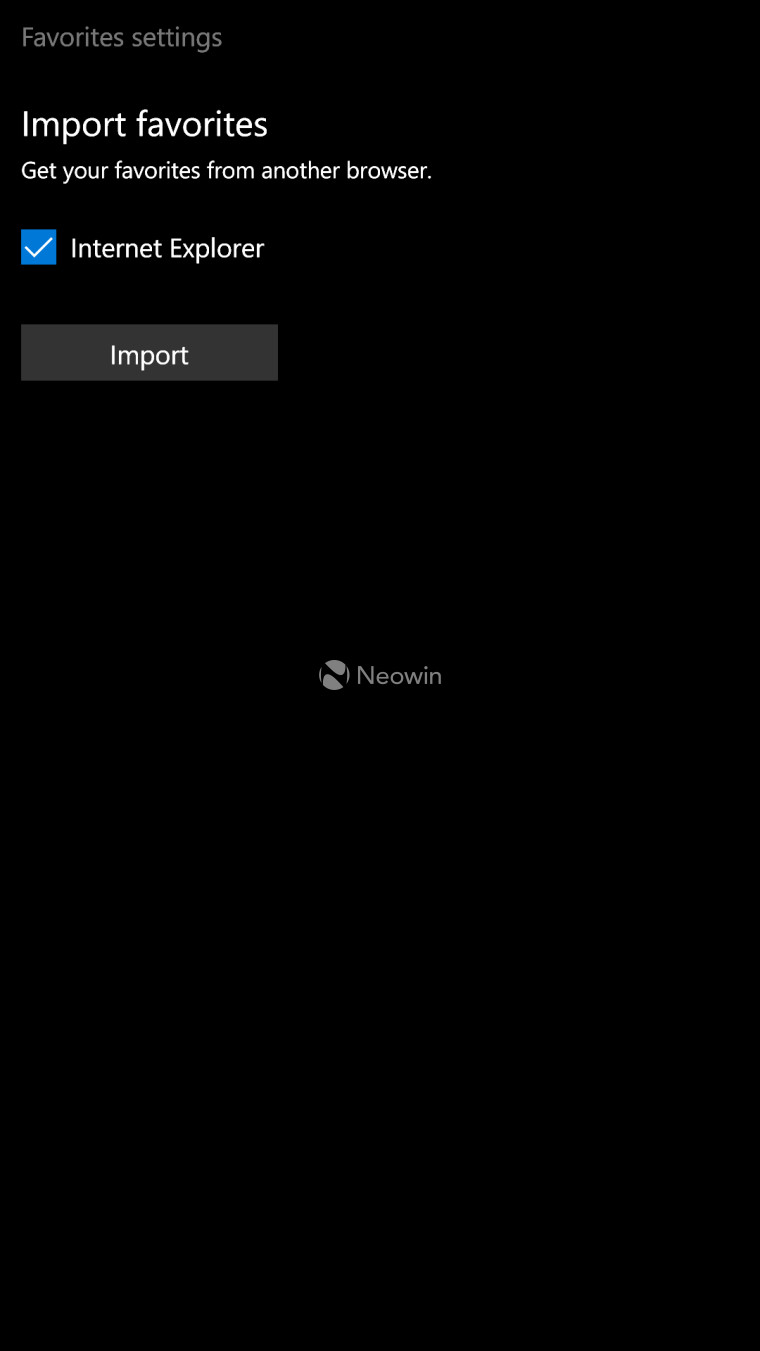 Moving on to Settings, we found that in Windows 10 Mobile build 10563 there is an option to adjust the scaling of "text, apps and items" size, which will be particularly useful for the recently announced Lumia 950 and 950 XL, which feature screens with high DPI and different physical size. 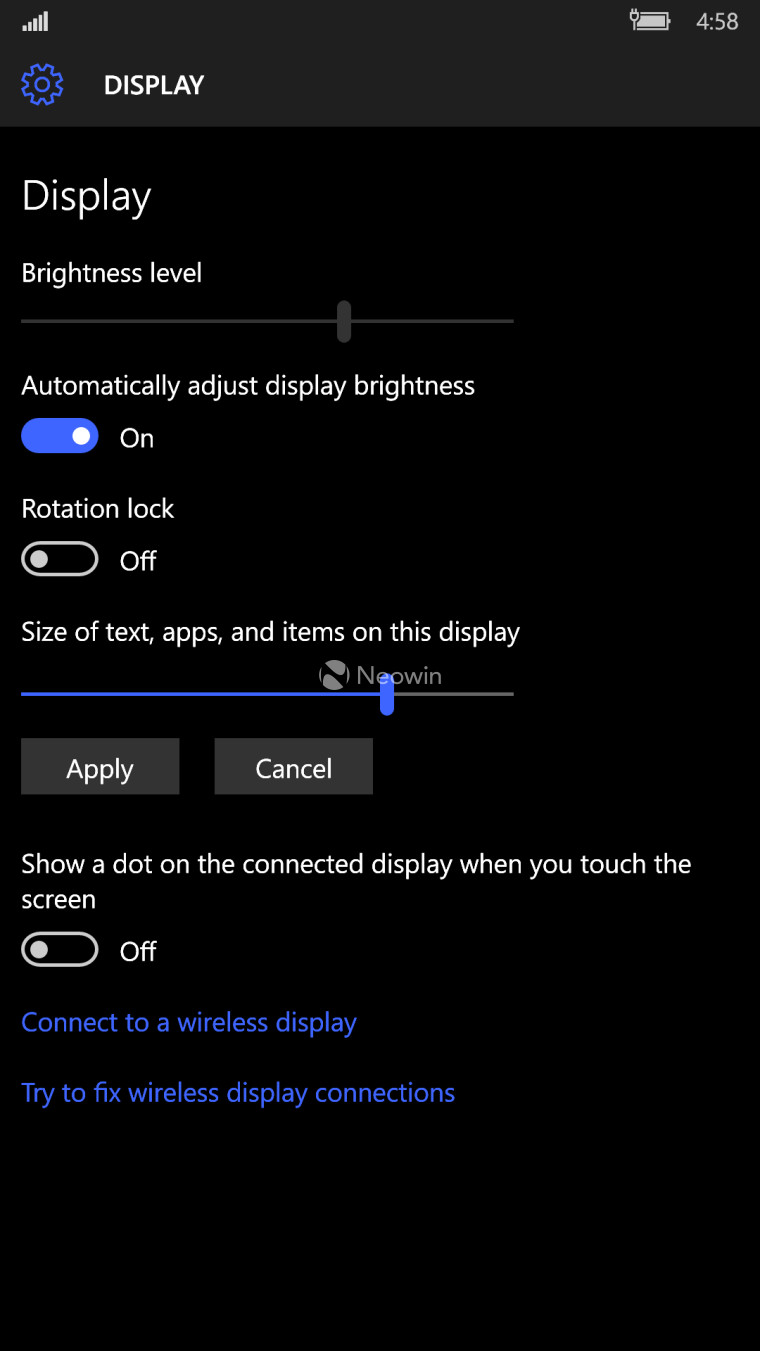 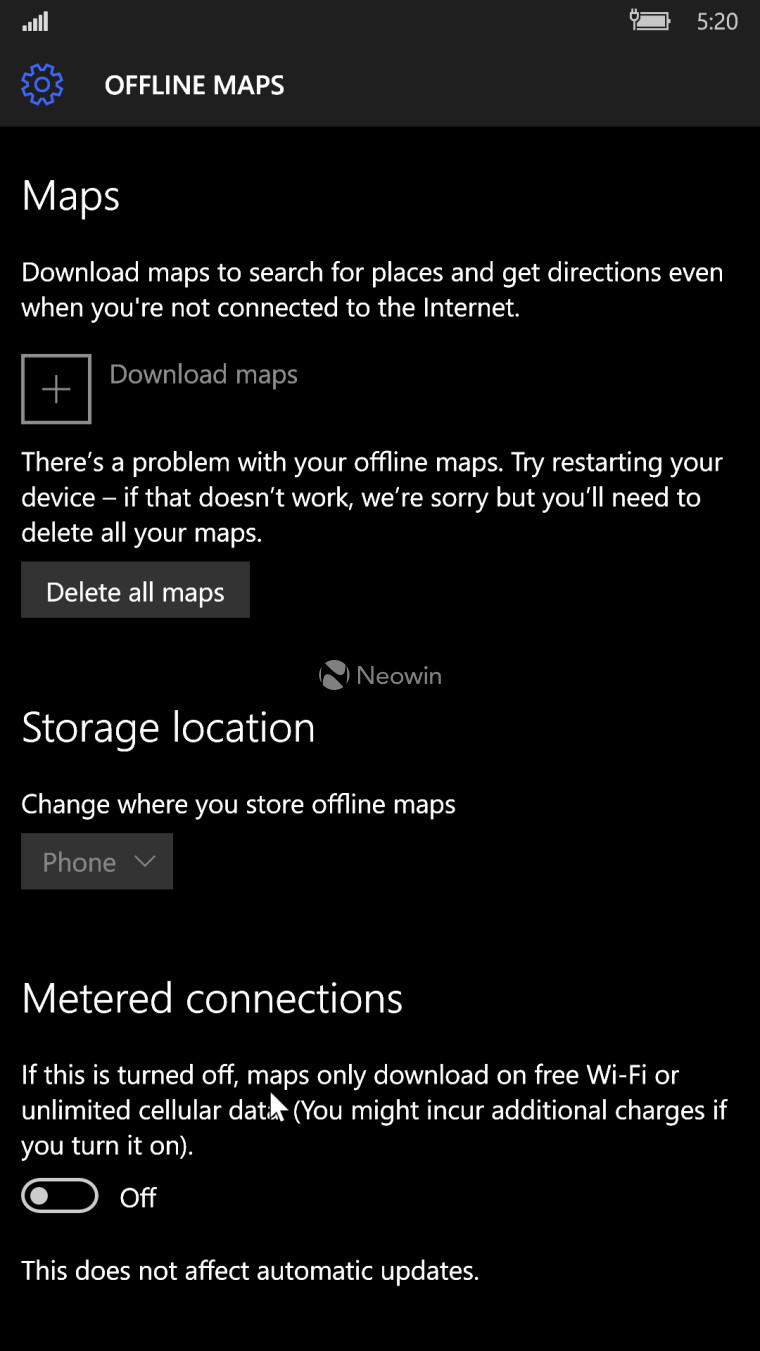 As you can see in the screenshots above, there is now an option to choose where to download offline maps, a small but important feature indeed. In terms of personalization in build 10563, the toggle to show more tiles on the Start Screen allows for four columns if your device has a 1080p or QHD screen. 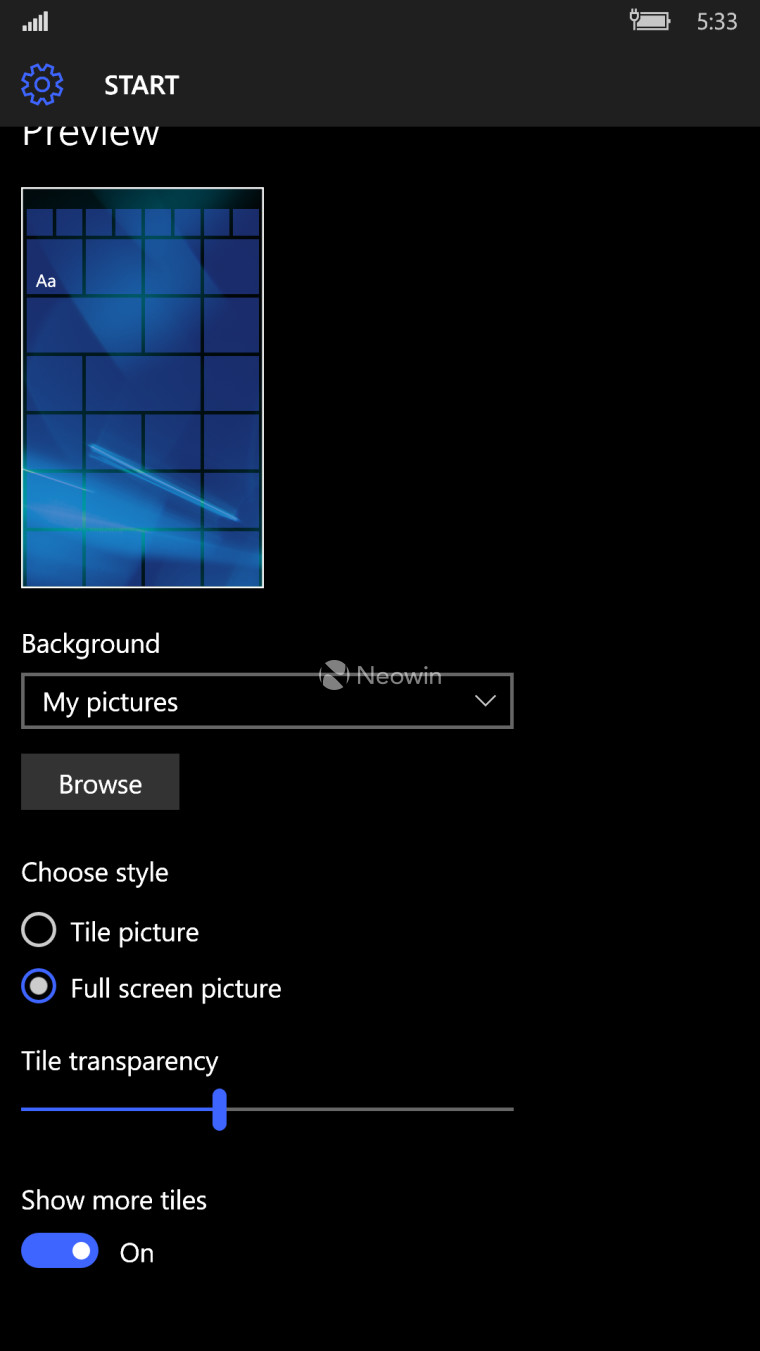 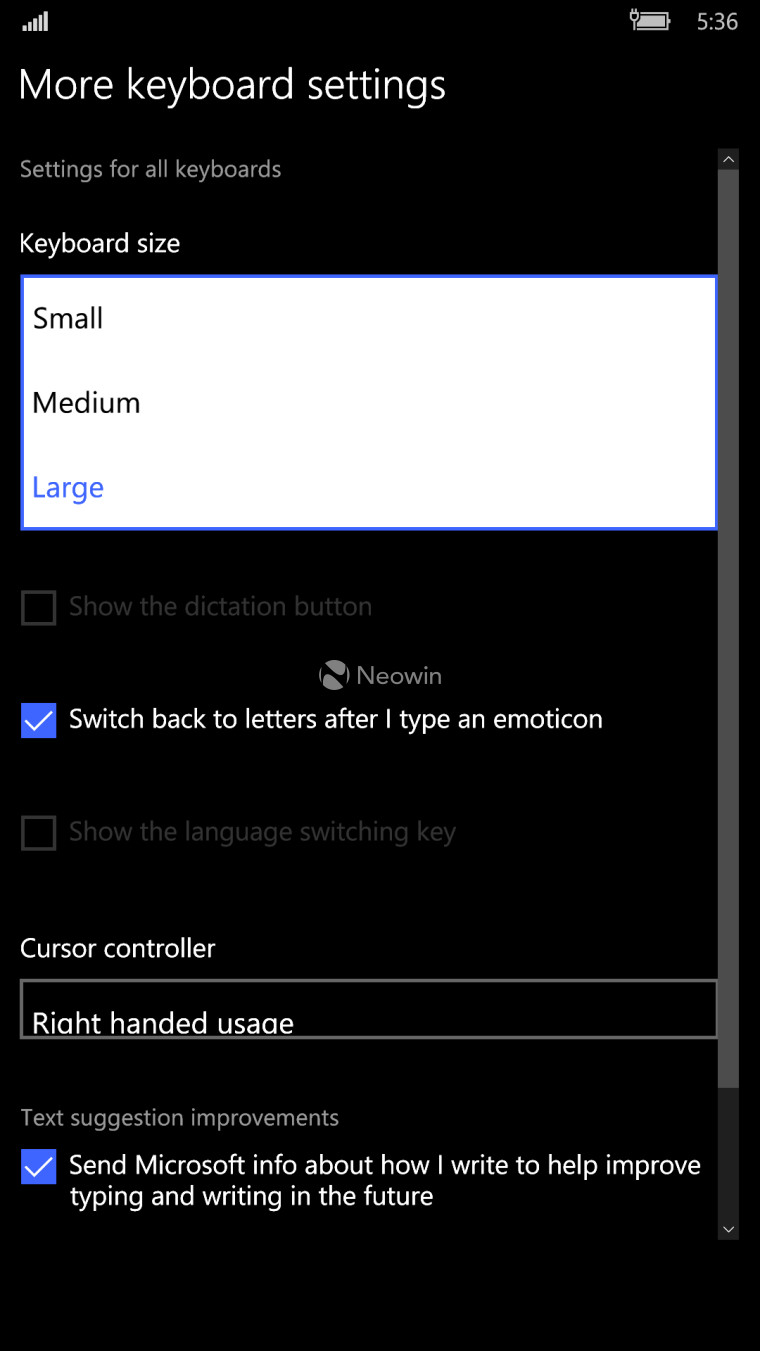 After a bit more digging, we found that there's also an option to change keyboard size, which allows three sizes. Moving to privacy settings, there's an added ability to change which apps you allow to have access to your call history. In the Advanced Settings section, the only noticeable change is the option to defer updates. 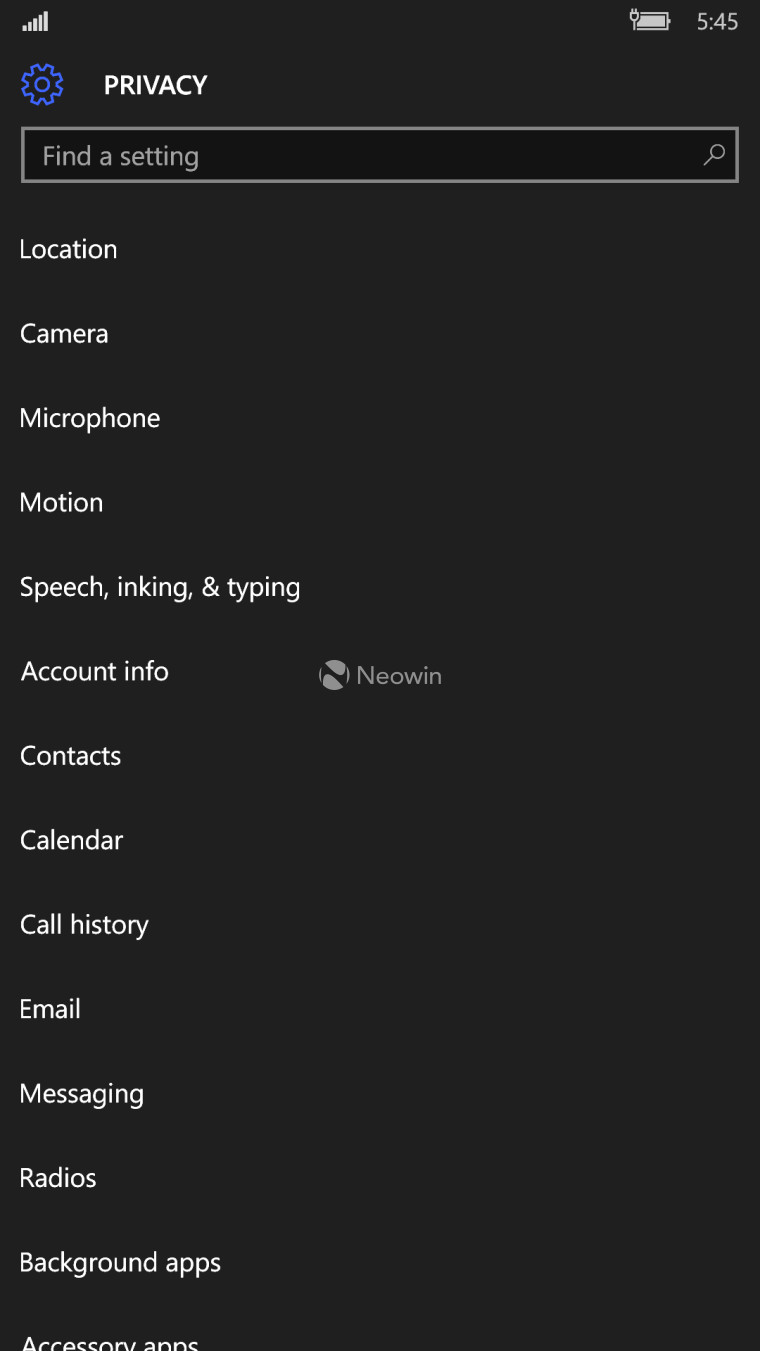 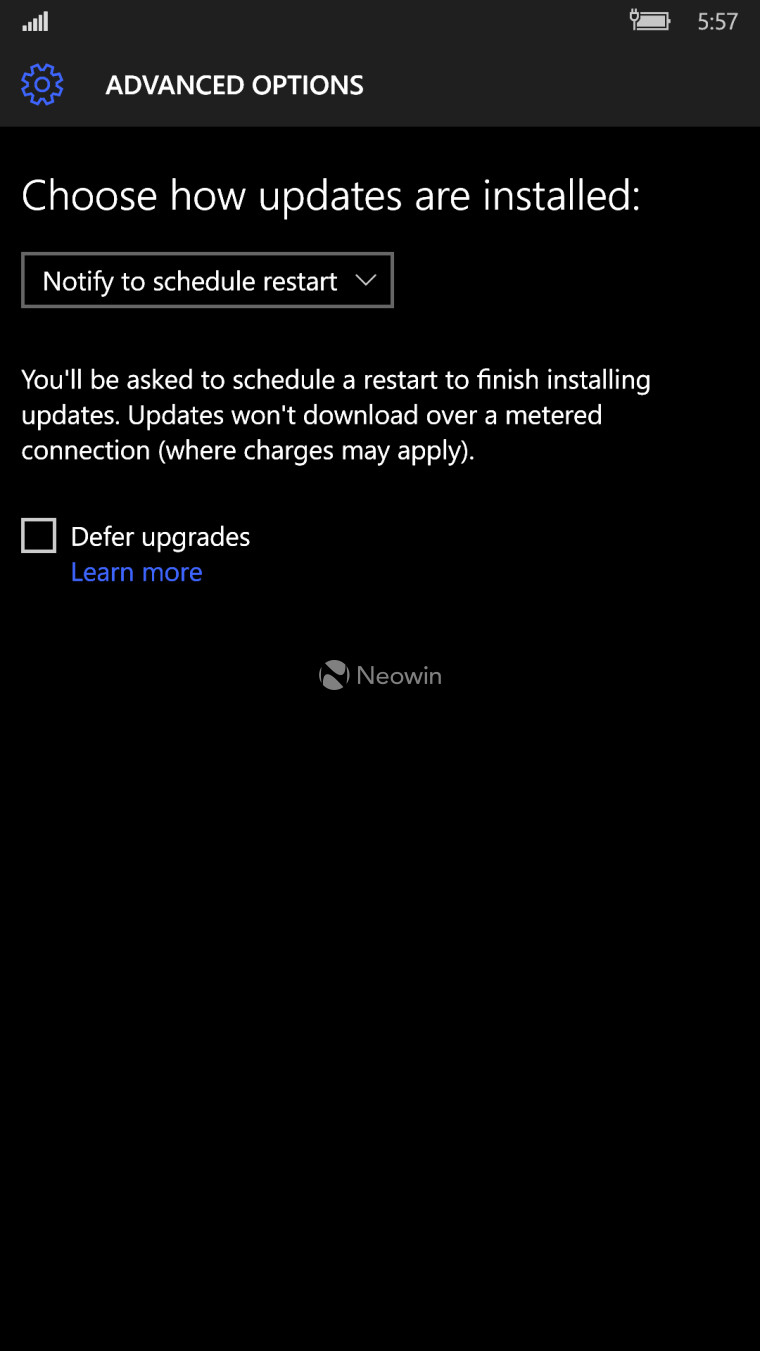 That's pretty much all the noticeable changes that are in build 10563. While it may not look like much has changed, remember, that we've run the build in an emulator, not on a real smartphone. As Windows 10 Mobile is getting closer to the official RTM in December, the main focus remains on the polishing and tweaking the OS.