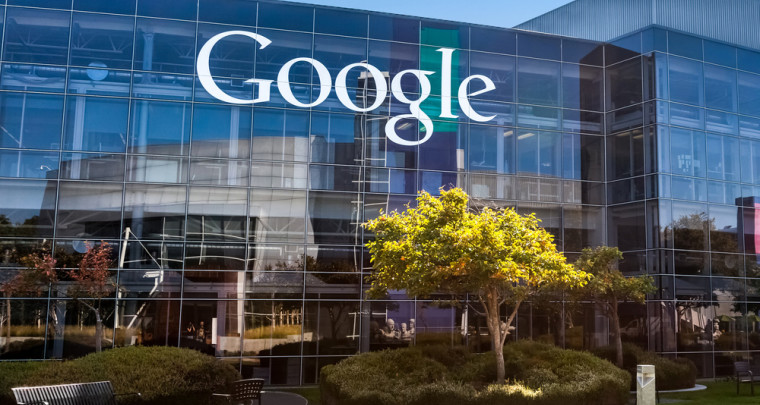 The Spanish Parliament approved reforms to Intellectual Property Law back in late October. This law required news aggregators like Google News to pay a fee every time they display news content in search results. The change in the legislation will come into effect on 1 January 2015.

This would be very damaging to Google's business in the country, since the company doesn't generate any revenue from its ad-free Google News service. Subsequently, Google announced with 'real sadness' that Google News department will be terminated in Spain on 16 December 2014, ahead of the new law. With the service about to be shut down, the Spanish Newspaper Publishers’ Association (AEDE) immediately appealed to their government to amend the law and reach an understanding with Google but to no avail.

With Google News now shut down in Spain, Chartbeat has shared some interesting statistics regarding the traffic on Spanish news websites following the closure of Google News in the country. It is important to note that Chartbeat does not collect data from all Spanish websites, rather it collects data from around clients who accept their data to be used in an anonymous way; these websites number up to 50 varying from small media outlets, to some of the largest news publishers in Spain.

The data provided indicates that external traffic plummeted by 10-15% after the shut down of Google News in the country, which is not surprising considering Google also removed Spanish publishers from its news aggregator. 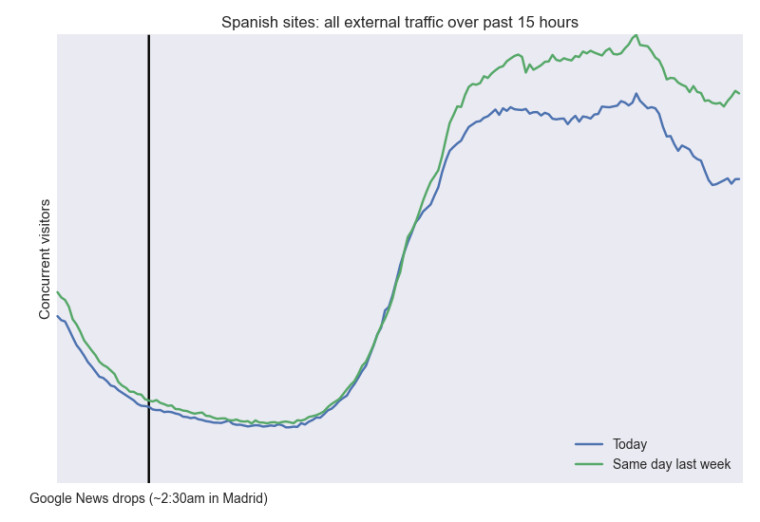 On the whole however, Spanish publishers had something to feel happy about, because even though external traffic fell drastically, the internal traffic rose, which means that even with fluctuations in site traffic, the overall decrease wasn't as significant as the external traffic decline. Josh Schwartz, the chief data scientist at Chartbeat infers that this is probably because viewers are now moving between Spanish news sites more regularly, rather than being directed from Google News or other sources. 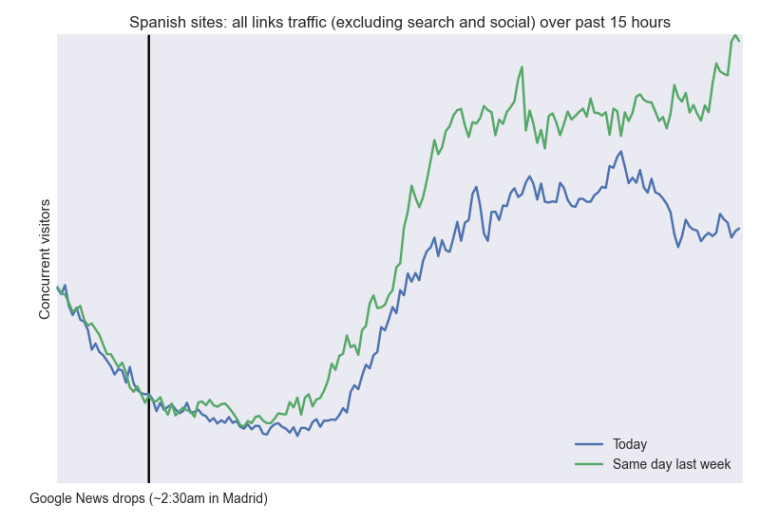 Germany introduced a similar reform in 2013, which saw Google remove copyrighted material from outlets represented by media industry body VG Media. However, they have now backtracked on this reform and granted Google a free license to continue displaying that content.