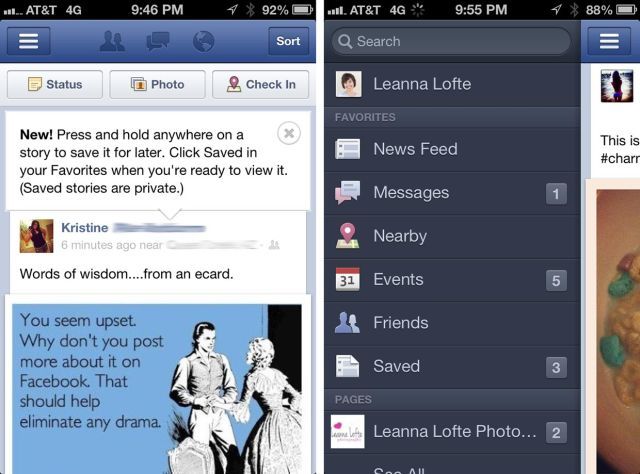 Facebook has been adding quite a few new features lately. On Monday, it was revealed it was rolling out improvements for its photo layouts, and a couple of days ago it launched new Windows Vista and Windows XP versions of its Facebook Messenger app.

Now Facebook is rolling out yet another new addition for both its mobile and desktop users. As first reported on the iMore, this new feature lets Facebook users save posts they want to read for later, private, viewing. This new addition is not yet available for all Facebook users.

The story states that users will be able to save specific Facebook news posts by tapping and holding on a post they want to read at some other time. After that happens, a popup should then appear on the post giving the user the option to save it.

You will have to add the Saved option in the Facebook Edit Favorites menu in order for it to appear in the Facebook sidebar. Later, when you have some time, you can read through your saved news posts via this new option.

Unlike some other Facebook additions, this new option to save stories for later should be popular for people who can't take the time to read every single post on their news wall during work hours.