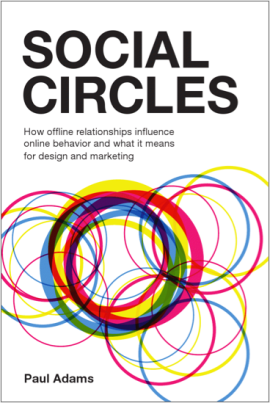 You may have never heard the name Paul Adams, but if you are one of the lucky ones who have been using Google+ over the last few weeks, you have definitely seen his work. Adams is a former employee at Google who developed the concept of 'Circles' and now works at rival Facebook. Circles is a method of organizing your social network contacts into groups based on whatever categorization you feel is appropriate. You can restrict posts to only be shared with specific circles and not viewed by others. In June 2010, Adams was given permission by Google to publish a book detailing this idea called "Social Circles." Every aspect of the book was approved before Google+ (at the time called Project Emerald) even existed. However, in July 2010 Project Emerald was leaked and Google halted the books publishing and rescinded publishing rights until Google+ launched. Now, weeks after the launch of the new social network, Google will not respond to Adams's emails asking for permission to publish the book. Adams doesn't believe they have the right.

"The book contains no proprietary information, it is based almost entirely on research from 3rd parties (mostly universities) and any Google research referenced is already in the public domain."

Adams currently works at Facebook as a project manager and previously (with permission from Google) released a 224 slide presentation on social networking. He has a second book called "Grouped" that will be out in a few months.