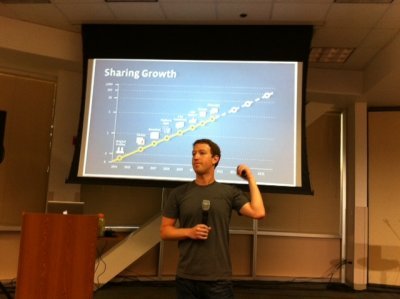 According to a report at ReadWriteWeb, social networking giant Facebook hit a huge milestone in Internet history as it became the first website to attract 1,000,000,000,000 page views.

The statistics posted by Google revealed the top 1000 most visited website on the Internet. Not surprisingly Facebook took pole position with a monstrous 870,000,000 unique visitors – a reach of 46.9%. In second came YouTube with 790 million unique users and 100 billion page views, followed by Yahoo with 590 million users and 78 billion views. Interestingly Microsoft’s search engine Bing came in at eleventh place, being beat by Live, Wikipedia, Msn, Blogspot, Baidu and Microsoft’s own website; however it has attracted 12.4% of Internet users – 9,600,000 users.

If the data collected is correct, it would mean that on average each user equates for 1150 page views individually – an astounding statistic.

The gathered data does however exclude ad networks, domains that are private (not available to the public) and adult websites, which means that there may be sites missing from the list that would otherwise be there if there were no exceptions made.

Unfortunately for Neowin, we weren’t listed however we hope to aim to get a place on Google’s list next year! (Or earlier)