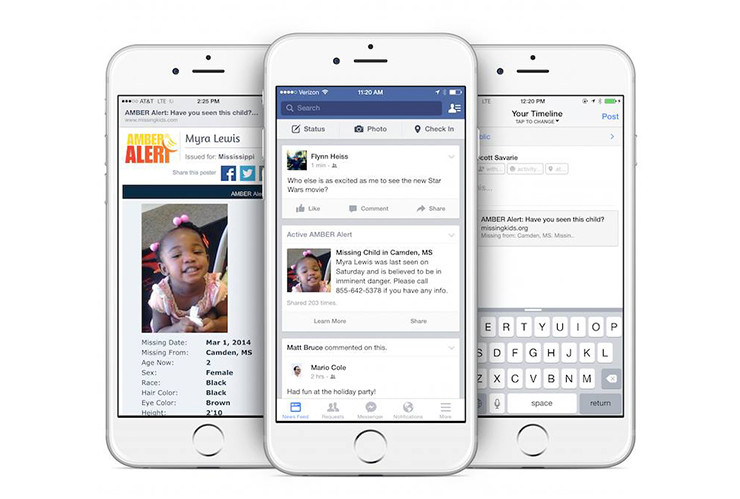 Facebook has announced a new partnership with the National Center for Missing and Exploited Children which will allow Facebook to send Amber Alerts to its users with information about children that are missing in their area.

The alerts will be shown in Facebook users' News Feeds when a user is in a "targeted search area". The alerts will include photographs and other identifiable information like the missing child's name and will be available on both desktop and mobile.

When local or state police determine that a case qualifies for an AMBER Alert, the alert is issued by the National Center for Missing and Exploited Children and distributed through the Facebook system with any available information, including a photograph of the missing child, a license plate number, the name and description of the child and suspected abductor.

Facebook has said that the number of alerts users see will vary quite widely, with some people seeing "a few each year" while others may not get any alerts at all. The notifications will appear in the News Feed but will not be sent as notifications to a user's device (such as a mobile phone or tablet).

Facebook is not the first Internet company to assist with finding missing children. Bing has recently implemented the Amber Alerts system and Google shows Amber Alerts on its search pages as well as Google Maps.

It is good to see Facebook making this partnership and hopefully with several large companies now involved in the initiative, more and more children will be safely located.